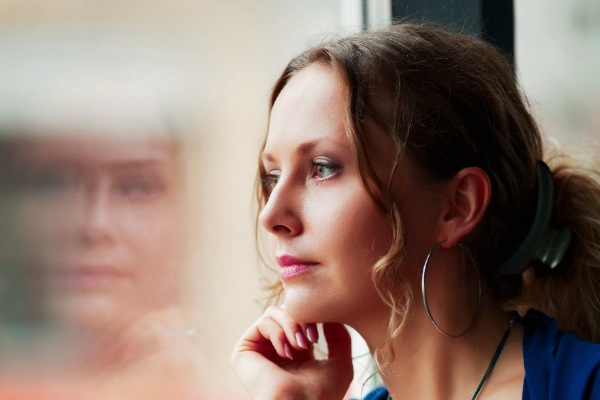 Have you ever heard someone say, “I just can't forgive myself”? If you're a follower of Jesus, than this struggle should stir our hearts to help. But as I think many would agree, we must help in light of God's word. Here's the challenge: while it's a well-known concept in both counseling contexts and popular culture, attentive readers of Scripture know that 'self-forgiveness' is not an explicit concept in the Bible. Some may respond, “Well, maybe the language is not used that way, but the concept is wholly biblical.” But is it?

In an attempt to think through this concept in light of God's word, let me offer three biblical truths about forgiveness (in Part 2 of this post, I will also offer what I believe are three pitfalls of 'self-forgiveness'). Consider what God's word tells us about this concept of forgiveness in general:

Forgiveness only makes sense in light of God's righteousness and justice. Though men and women are content with creating their own counterfeits, there is only one, true moral universe. In this moral universe, every genuine sin, wrong, injustice, etc., is a moral violation because it distorts the moral beauty (i.e., righteousness) of God himself. Furthermore, God's righteousness includes his justice, which means God will always address such distortions. Wonderfully, He can't not. But this means a debt is incurred with every moral violation (cf. Matthew 6:12; 18:21-35).

Forgiveness is first and fully release by God from sin's moral debt. Every sin is first and (in a very real sense) fully against God himself (cf. Romans 1:21, 28; 3:9-19). This includes incidents in which we hurt, even grievously injure, another person (cf. Leviticus 6:2-7; Psalm 51:4; I Corinthians 8:12). Again, whatever the violation, it is first and fully a distortion of God's moral beauty, his loving and divine design. Thus every true wrong should drive us first to God. Amazingly, God offers mercy while still maintaining his justice. In Christ He has provided full satisfaction for these moral debts.

Forgiveness allows us to reconcile our relationships with one another, in light God's own example. Since we exist in God's moral universe, and are created in his image, when we sin against others, we also become morally indebted to the person we've wronged. Forgiveness is the act of releasing that person from this debt. Why forgive? In contrast to today's culture, where the personal benefits of forgiveness are routinely extolled, God calls us to forgiveness because he himself is a forgiving God (cf. Matthew 18:32, 33; Ephesians 4:32) who calls us to love all people at all times. Those who serve God should reflect him in this way (and in all things at all times). Does this benefit us? Of course. But the ultimate good God wants to accomplish in us when we forgive others is not first psychological or relational peace, but becoming more like Jesus.

Now in light of these clear categories and concepts, if we return to our main question about 'self-forgiveness', it should be apparent that these ideas simply don't work when applied to the self. Does the Bible say that I can morally wrong myself? So that I am morally indebted to myself? So that I am called to forgive myself? The answer to all of these is “no”. This simply is not how the Scriptures talk about sin and forgiveness. Can a person make foolish choices that result in hurtful, personal consequences? Absolutely. That's true of sin and sinners in general. Can a person indulge in self-deception, neglect amazing, personal blessings, and fall short of healthy goals and expectations? Absolutely. But again, the Bible does not speak to these issues using the language of sinning against oneself and/or forgiving oneself.

But maybe (as was suggested at the outset) this is all a matter of semantics and cultural confusion. Maybe God (through the inspired writers from those ancient cultures) is calling you and me to forgive ourselves, but simply using different, culturally-accommodating language to do so. While this could be the case, given the extent to which God speaks about his forgiveness and forgiving one another, it would be quite confusing if God wanted to talk about 'self-forgiveness', but decided to simply bypass the standard biblical concepts and language of forgiveness altogether. This seems unlikely. But that doesn't mean there are not areas of overlap between modern ideas about 'self-forgiveness' and biblical forgiveness. We'll think more about these areas of overlap in Part 2.