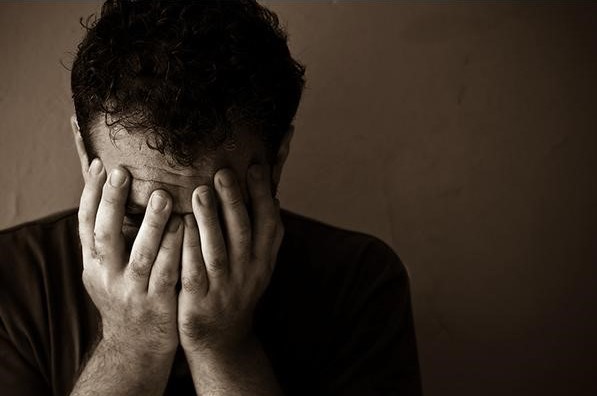 Overlap Between Modern Ideas about 'Self-Forgiveness' and Biblical Forgiveness

In the first part of this post, I laid out some simple, biblical truths about forgiveness. In light of the three summary points I provided there, in light of the moral universe revealed by the Scriptures, I suggested modern ideas regarding 'self-forgiveness' make very little sense. But this doesn't mean there are not areas of overlap between biblical concerns and modern, therapeutic concerns. Care for hurting individuals is the common goal. So where are the points of connection, and how does God's word address modern concerns? Let me again share three points:

Condemnation. Today's prescriptions for self-forgiveness are usually a response to painful and often chronic battles with self-condemnation. As a result of any number of hard experiences, a person might think to themselves, “I'm guilty. I'm a failure. I'm hopeless.” Self-forgiveness is seen as a means of dealing with those negative assessments in a healthy way. But God offers this word to all those who find forgiveness, hope, healing, and rest in Jesus Christ: There is therefore now no condemnation for those who are in Christ Jesus. (Romans 8:1)

Truth. Those who struggle with self-condemnation must first sort out the truthfulness of those inner accusations. Both biblical counsel and psychotherapeutic counsel seek to bring clarity to such issues. For example, both perspectives would help someone who was told, “This is all your fault”, consider whether that's actually true. When it is true, Scripture reminds us that words like “guilt” and “failure” only carry weight in light of God's judgments, not our own (“There is only one lawgiver and judge...” (James 4:12)).

Experience. Some today have made statements like, “I know you forgive me and God forgives me, but I just can't forgive myself.” Every well-intentioned counselor, whatever his or her perspective, wants to help this kind of individual genuinely experience forgiveness. But since there are only two scriptural categories involved, the Bible-guided counselor recognizes there is a need to identify what is obstructing the experience of both vertical (from God) and horizontal (from others) forgiveness (cf. Luke 7:47), rather than a need for self-forgiveness (a third category, not found in the Bible).

Impediments to a healthy experience of forgiveness can vary. They often arise from our distortions of God and/or the self. In order to demonstrate how the principles above apply in a real-life scenario, consider the following case:

Imagine that a man kills a family after driving while intoxicated. After serving time for the crime, several years later, this man is wrestling with powerful feelings of self-condemnation. His Christian coworker has introduced him to Jesus, and this man is eager to receive God's forgiveness for all his sins. With this friend's help, the man has also reached out to the remaining relatives of the family killed in the accident. Wonderfully, after apologizing for what happened as a result of his foolish choices, the man is forgiven by the family of those deceased. But the man still find himself plagued by crushing guilt. A well-meaning individual from the man's church, who knows of his struggle, suggests that maybe he still hasn't 'forgiven himself'. Desperate for peace, the man brings this suggestion to his pastor, who tells him that self-forgiveness is not what he needs; that such an idea isn't actually taught in the Bible. So how will this pastor actually help the man? By directing the man back to the forgiveness of God, and subsequently, the forgiveness of those hurt by his actions (the two biblical 'directions'--'vertical' and 'horizontal'--of forgiveness). First, he helps the man understand that struggling with residual guilt is common, and that moving toward an inward resolution takes time. Second, he reminds this brother of the unfathomable richness of God's forgiveness in Christ. Third, he reassures the man that God was glorified by his heartfelt apology to the family, and rejoices with the man about the forgiveness granted. Fourth, he gently reminds this brother that his crushing feelings of condemnation are at odds with what God has declared; even with what the forgiving family has declared. Fifth, he works with the man in an attempt to identify what might be keeping the man from fully experiencing the freedom of divine and human forgiveness. Sixth, as inner impediments are identified, he helps this brother work through these obstacles, deconstructing, replacing lies with truth. For example, it may be the man has made social status or success into an idol. And because he has, he cannot reconcile what he's done (and the attending shame) with who he believes he really is; who he believes he needs to be (according to that 'idol' of status and/or success) in order to be valued, accepted, etc. As that idol is toppled in light of God's word and regular counseling, the man begins to see himself more and more as God sees him, in Christ. He begins to walk, more and more, in the grace that God has lavished upon him.

I hope it's clear that this man is not granting himself some kind of other forgiveness (i.e., 'self-forgiveness'), or giving himself some kind of other grace. He is simply experiencing more deeply the grace and forgiveness of God, what is already ours in Christ (and available to all). So even though there are areas of overlap when it comes to concern for those struggling, I would suggest that “forgiving yourself” is unhelpful, not simply because it is not explicitly taught in Scripture, but because it distracts us from what is explicitly taught in Scripture. And thanks be to God that what is revealed there about forgiveness is certainly sufficient enough to meet any need.