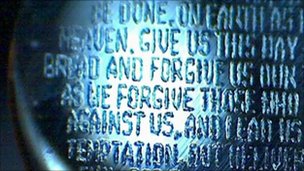 It would seem reasonable, given the number of confessing Christians that have existed and do exist on the planet Earth, to conclude that the prayer traditionally known as “The Lord's Prayer” (Matthew 6:9-13; Luke 11:2-4), is the most prayed prayer in all of human history.

But in spite of its popularity, a question lingers: how exactly should we use this prayer? In some traditions, consistent repetition of the exact words of this prayer seems to be done in a mechanical way, as if the prayer were some kind of 'magical mantra'. Others have emphasized the idea that this "Lord's Prayer" (or "Disciple's Prayer) is not a mantra, but a model, intended to shape the broad contours of all our prayers. So which is it?

Well, I believe this prayer is neither a mantra nor a mere model. Instead, the contents of the prayer, along with the culture in which it was given, point to the idea of the Lord's (Disciple's) Prayer as a daily discipline (notice the language in Matthew 6:11 and Luke 11:2: "this day", "each day", "daily"). Each morning, praying this prayer allows us to rehearse, relish in, and be reoriented by God's priorities. It's so easy for our prayers to become dominated by our sinful human tendencies, rather than God's priorities. The prayer Jesus taught us is a wonderful way to stay anchored, each day, in the kingdom realities Jesus proclaimed and purchased with his own blood.

While it should never be thought of as a mantra, if God's priorities really do begin to shape our prayers (along with every aspect of our lives), then, in this way, the Lord's Prayer can also be understood as a model.

Interested in learning more about the Lord's (Disciple's) Prayer, and how to use it as a "daily discipline"? You can listen or read through my latest message on this prayer, or dig into an archived series on the topic. Additionally, you will find below an annotated version of the prayer (click here for a PDF copy). I hope it's helpful to you as, each morning, you slowly, thoughtfully, and gratefully offer up this prayer, 'unpacking' its depths in light God's word. 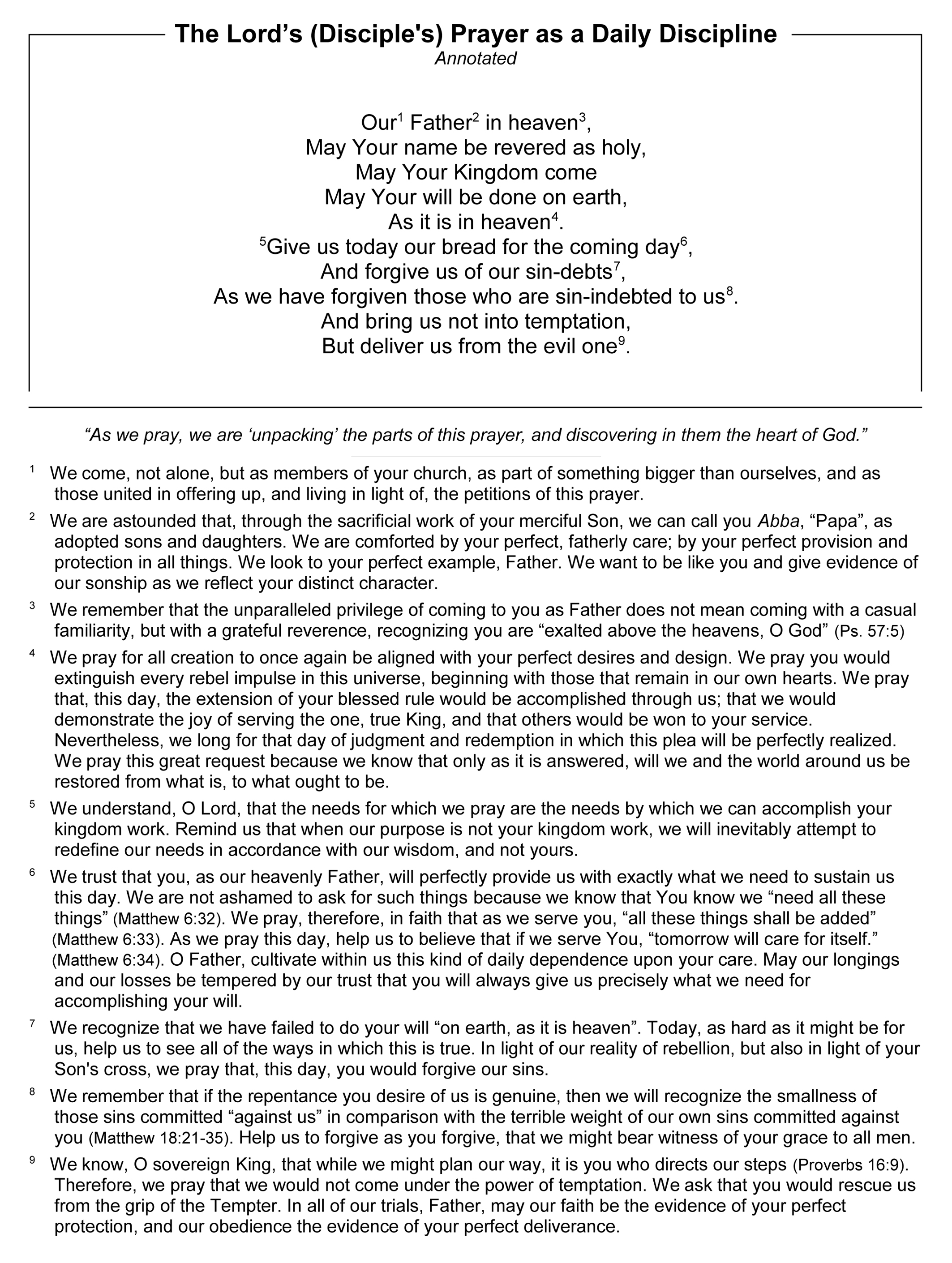