Category: Happy Ever After (Revelation) 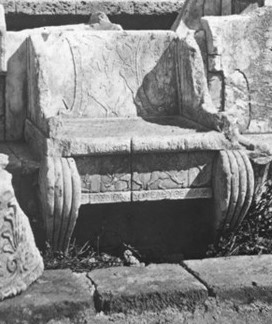 The Hardest Chapter in the Bible?
Thoughts on Revelation 20

Having recently taught through Revelation chapter 20, I developed a new appreciation for those who talk about this portion of Scripture as one of the, if not THE, hardest chapter in the Bible in terms of interpretation. What I believe are the two most biblical positions on how to make sense of this chapter have traditionally been labeled the premillennial position, and the amillennial position (or inaugurated millennialism). Both have deep roots in church history.

While there can be a wide variety of secondary beliefs within each of those camps, the core beliefs are pretty consistent: premillennialism teaches that when Jesus returns He will establish an earthly kingdom for “a thousand years” (or, if taken symbolically, for a long period of time). During this period He will reign over the nations with His resurrected and glorified followers. After this time comes the full and final defeat of evil and the great day of judgment.

Amillennialists, on the other hand, believe that when Jesus returns, evil will be defeated once and for all, all people will be resurrected and judged, and creation will be purged and transformed. This camp teaches that the thousand years of Revelation 20 is not a future era, but a symbolic way of describing the current church age, the period between the first and second comings of Christ.

Now when I consider these two positions, I have no problem admitting that, on the surface, the premillennial reading of Revelation 20 is the most natural. But when you press this text in light of both the immediate and broader contexts, this viewpoint seems to break down. Similarly, I have no problem admitting the amillennial reading of Revelation 20 poses several challenges in terms of interpretation. But I do believe it makes better sense overall.

In light of those challenges, here are some reasons why I believe the amillennial position is to be preferred:

1. Who would Satan deceive? When we are told in Revelation 20:3 that the devil was bound “so that he might not deceive the nations any longer”, we are presented with a problem from the immediate context. Revelation 19:18 describes the coming judgment on “the flesh of all men, both free and slave, both small and great” (cf. 6:15). If the return of Jesus results in the destruction of all unbelieving, unrighteous nations and individuals (cf. 16:12-21 (both chapters 16 and 19 speak of a final battle)), why does Satan need to be restrained? Who would he deceive? This problem has inspired some interesting speculations from premillennialists.

2. What is this binding of Satan? By contrast, I believe the better way to read Revelation 20 is to recognize the binding of Satan as a signal we are moving backward chronologically, addressing the effects of Christ's first coming on the devil's reign of terror (the same backward movement is apparent with Babylon from 16:19 to 17:1). It is interesting how the same extended description of the devil connects 20:2 with 12:9, where Satan is “thrown down” after the “male child” of the woman (i.e. Jesus) ascends to the Father (12:5-11). But some argue the binding language used in 20:1-3 describes absolute restraint. Since the devil is clearly active today, they claim this binding must take place in the future. But the symbolism of restraint in the abyss here is also found in Revelation 9:1-11, which speaks of the release of oppressive demonic forces. But this imagery points to an increasing severity in such activity, since demons have clearly been (or are) active prior to the fifth trumpet judgment. In the same way, the restraining of the devil in 20:1-3 might not describe absolute restraint, but a decreasing severity in his influence (from before the church age). If this is the case, then the layered language (e.g. “chain”, “bound”, “shut”, “sealed”) in these verses is an emphatic exclamation that the devil will not be able to stop the spread of the gospel to all nations and the growth of the church in all nations. Clearly, his activity once released (20:7, 8) speaks to this very goal.

3. The marriage of the Lamb has come! The idea that the “thousand years” of Revelation 20 does not point to a long period of time after the return of Christ also seems supported by the connection between Revelation 19:6-10 and 21:1, 2. The former passage speaks of the marriage and marriage supper as imminent, while the latter speaks of this “bride” arriving after the great day of judgment described at the end of Revelation 20. With the return of the groom in 19:11-21, it seems improbable that a long period of time interrupts this 'Wedding of weddings'.

4. Another ultimate battle? The “battle on the great day of God the Almighty” (16:14), the conflict connected with the sixth bowl judgment (16:12-16) and traditionally referred to as “Armageddon”, is a gathering of all unbelievers from all nations (16:14), a gathering brought about by demonic deception (16:13, 14). This battle is surely the same as the Beast's war against the Lamb and his army in 19:19-21 (since chapters 17-20 seem to simply zoom in on the sixth and seventh bowl judgments in 16:12-21). With this connection in mind, the battle in 20:7-10, which has the same basic features, appears strangely redundant if it is not the very same conflict. Why the differences in all three passages? Each has a different emphasis. In chapters 17-20, each enemy of God is judged in the reverse order in which they were introduced, beginning back in chapter 12. Therefore, chapter 20 focuses on God's judgment against the devil, using imagery from Ezekiel 38 and 39. But in spite of the different presentations, these are all surely describing the final showdown between God and all who oppose Him.

5. Raised and reigning? Probably the most significant challenge to the amillennial interpretation of Revelation 20 revolves around verses 4 and 5. When verse 4 tells us the “souls” of faithful Christians “came to life”, it seems to imply physical resurrection, since the same phrase is used in reference to the resurrection of unbelievers at the end of “the thousand years” (v. 5; cf. 20:11-15). But amillennialists argue this “first resurrection” refers to the translation of the believer, after death, into the presence of Christ, where He sits at the right hand of God. For many, this interpretation of “came to life” seems strained and inconsistent. I believe the best way to understand this is to retain the natural reading. The language is undoubtedly language of physical resurrection. But as is clear from 11:15-18, where, at the sounding of the seventh trumpet, God's final victory is described as complete, these kinds of symbolic visions are fluid enough to speak in the language of completion, before anything is actually completed (for example, Paul also does this in Romans 8:30 with the word “glorified”). These are still “souls” (v. 4), the very same “souls” mentioned in 6:9-11. But even in that passage they are described as being clothed with the “white robe” of those who have conquered (i.e. stood firm to the end for Christ) (3:4, 5). The reason Revelation 20:4-6 is stuck between two passages about the devil's detainment and defeat is to emphasize that the death of the believer is not a victory for the devil and the world. It is instead the doorway to our resurrection and victory in Christ. Though we still await physical resurrection, it is a glorious and guaranteed reality that we will savor in Jesus' presence.

6. An order to the End Times. Probably the strongest overall argument against the premillennial interpretation of Revelation 20 is made by the rest of the Bible itself. If we hold to the interpretive principle that we should understand what is less clear in Scripture in light of what is most clear, then the idea of a thousand year period between Christ's return and the final judgment does not make sense. The Bible regularly speaks in terms of a great climax to history, in which this age will give way to the age to come. (Mark 10:30; Hebrews 6:5; I Corinthians 7:31; I Peter 4:7; I John 2:17). The return of Jesus Christ will bring resurrection (cf. Daniel 12:2; I Thessalonians 4:13-5:11). His return will bring both vindication for His people and condemnation for all his enemies (cf. Matthew 25:31-46; II Timothy 4:1; Romans 16:20) . It will bring about the transformation of the entire universe (cf. II Peter 3:13; Revelation 21:1)(in fact, Revelation 11:18 contains a succinct description of this very order of events). The rest of the Bible simply does not attest to a thousand year interruption of this series of events. It routinely speaks of a “Day” coming (cf. II Timothy 4:8; I Thessalonians 5:2), not 'Days'. Therefore, in light of this and other evidence from Revelation itself, it is better to see this symbolic “thousand years” as a description of the present age, the time between the comings of Jesus. For as Paul stated, surely God has “raised us up with him and seated us with him in the heavenly places in Christ Jesus” (Ephesians 2:6).

Having argued for this position, let me conclude by stating plainly that I do believe this difference of interpretation is a secondary matter. It should never be something used to divide the people of God. Rather, every follower of Jesus should be united around the stunning truth that Jesus is returning, and when He does, everything will be different. If someday I am reigning on the earth during a thousand year period before the final judgment, I will gladly admit my error...just as long as I am with Jesus. That primary matter is what truly matters.

Although your argument is very compelling and I'm sure it will take me some time to digest further, your last point is the most important. It is a secondary matter. Thank you for the thought provoking blog. Good stuff!