Standing for the Unborn 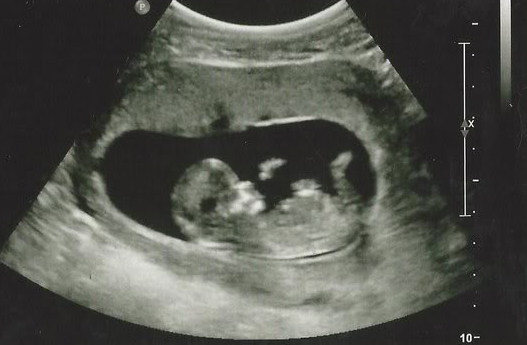 This past Monday marked the 45th anniversary of the U.S. Supreme Court's landmark decision to legalize abortion in the case Roe v. Wade. Sometimes political tensions, even within the church, can keep followers of Jesus from thinking and speaking carefully about this issue. But politics aside, there are few things more fundamental than the sanctity of all human life. Monday's anniversary provides a good opportunity for each of us to stop and consider (anew?) how the questions/issues surrounding the topic of abortion intersect with God's word and the gospel of grace.

We have reprinted the following articles (both brief) in the hope they will inform both our perspective and practice as God's people, as light in a dark world.

Abortion is the Anti-Gospel

You are going to have a healthy baby boy.

Those are the words every expectant couple wants to hear. But what happens when a couple gets the most stomach-churning news imaginable — news that there’s a medical issue with the tiny little baby growing in his mother’s womb? Parents start to ask questions. Will my baby be okay? What will our little boy’s life be like? How will this boy’s health affect our lives? Will it all be worth the struggle?

A set of parents I know had the same questions race through their minds. They brought a tiny little boy into the world — born without arms. In the face of all those fears, these parents were told the little boy would be helpless and entirely dependent on their care for the duration of his life. The news was grim as doctors painted a picture of toil and frustration in the life of this boy.

Parenthood as the Gospel

While the gospel reveals a Savior who lays down his life for those who ran from him, abortion reveals humans extinguishing a life we were meant to love and protect. As you scan the pages of Scripture, it is clear that abortion is the anti-gospel.

But the gospel says,

Abortion is an assault on the image, character, grace, gospel, and glory of God. For the Christian to see it as anything less than that is to reject a biblical view of God’s gospel and God’s glory. John 9:1–3 shows us how God himself, in the person of Christ, viewed human life as he walked among us, as one of us.

As he passed by, he saw a man blind from birth. And his disciples asked him, “Rabbi, who sinned, this man or his parents, that he was born blind?” Jesus answered, “It was not that this man sinned, or his parents, but that the works of God might be displayed in him.”

While the disciples saw the man’s blindness as a direct result of sin, Jesus saw him as a vessel of God’s grace and glory...uniquely formed by God to be powerfully rescued and redeemed in Christ for the glory of the Father. Every child in the womb is a masterpiece shaped by the master craftsman.

All Human Life with a Gospel Lens

That baby boy born with no arms is me. Thirty-one years later, God has crushed the professional opinions of skeptical doctors. I’ve been in student ministry for nearly a decade, I have a remarkable wife of nine years, and we have a beautiful three-year-old boy, with a little girl on the way.

I thank God I had parents who willingly and joyfully embraced me with all the challenges that came with having a baby with a disability. They could have chosen to give me up for adoption, or put me in state care, or they could have chosen to abort me. For my parents, abortion would have never been an option. The realities of me being made in the image of God and being wonderfully made in the womb by the Father were forefront in their minds.

Human life is the physical handiwork of God — created in God’s image for God’s glory. Every man or woman that is formed in the hands of the faithful Father has value, purpose, and grace. Never determine the value, quality, or sanctity of a life on the basis of socio-economic background, family structure, ethnicity, or any sort of disability. View human life through the lens of the gospel — that the work of God might be displayed in every single life.

How You Can Help End Abortion

A Unique Role to Play

There are several things that Christians can do to end the practice of abortion in our country, some of which will depend on the diversity of gifts that God has given us within the church and in our various callings and vocations out in the world.

God may call some people to work in a pregnancy resource center, helping women who are in crisis. With pregnancy resource centers, sometimes people assume that these are simply focused on talking women out of having abortions. That’s not all they do. They’re dealing with job training, child care, psychological care, and finding a support system for women who are in crisis.

A Message for Our Culture

There are a variety of ways that God has called us to speak into this issue, and when we're all working together, what we're attempting to do is to speak to the outside culture saying both women matter and unborn children matter—no one is invisible to us. And we're seeking to make sure the state does its job of protecting the most vulnerable.

Most importantly, we're trying to communicate that we—as the church—are the people who love by both speaking the truth and by offering mercy and grace.