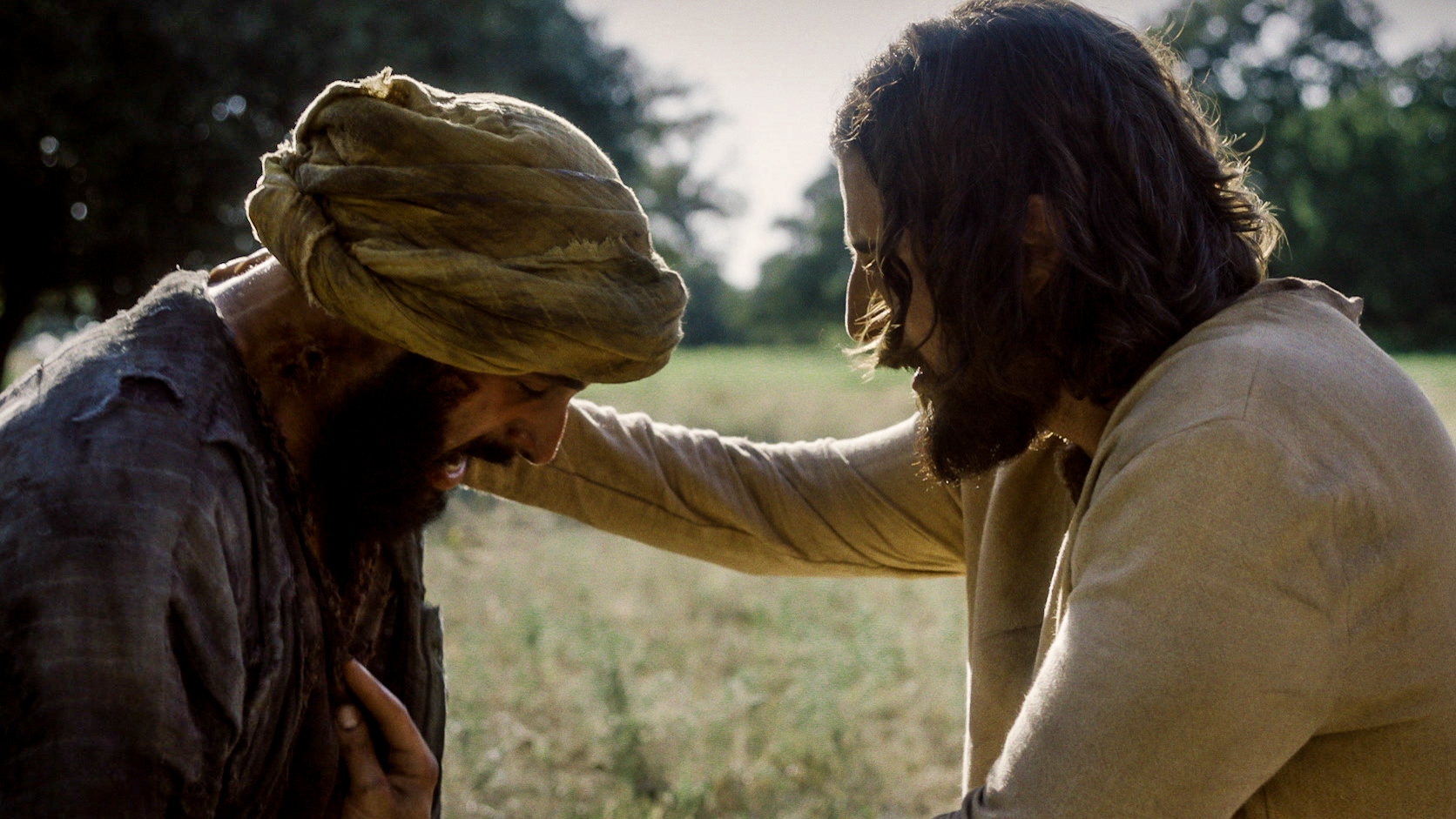 Why should followers of Christ watch a show that unabashedly goes beyond what Scripture itself reveals about the earthly ministry of Jesus and those who followed him?

"The Chosen” is a television drama that explores the lives of those chosen by Jesus to follow him during his earthly ministry. It is the most successful crowd-funded media project to date, raising over $11 million from more than 16,000 'investors'. The show is unique in that while it does depict stories from the New Testament Gospels, it also uses a “what if” approach to present the backstories of Scriptural characters like Simon Peter, Mary Magdalene, and Nicodemus. So, for example, what if Simon Peter's fishing business was in financial trouble when he met Jesus (Mark 1:16-18)? Or what if Nicodemus had actually tried to help the demon-possessed Mary before she was healed by Jesus (Luke 8:1-2)? In “The Chosen” this kind of fictional speculation is then woven together with depictions of many Gospel accounts. In light of this approach, the show's creators offer this disclaimer at the beginning of Episode 1, “...All biblical and historical context and any artistic imagination are designed to support the truth and intention of the Scriptures. Viewers are encouraged to read the gospels.”

While a show like this may be a good introduction to Jesus for someone who knows very little about him, why should followers of Christ watch a show that unabashedly goes beyond what Scripture itself reveals about the earthly ministry of Jesus and those who followed him? Let me offer a few reasons:

First, “The Chosen” is a good reminder of the real people and real-life settings described in the Gospels. Could the historical Mary Magdalene have met the historical Nicodemus while afflicted by the “seven demons” mentioned in Luke 8:2? Sure. But even if she had not, “The Chosen” challenges us to ask, “What might her life have been like? When, where, and how did she meet Jesus? And what was she like after Jesus set her free?” We won't have answers to those questions this side of eternity, but thinking about them is a good exercise, one that reminds us that the Bible describes real people just like you and me; real people, with real feelings, in real-life situations that were hard, or scary, or confusing, or wonderfully joyful. And a reminder like that can only help us as we read God's word.

Second, “The Chosen” challenges us to think more deeply about the humanity of Jesus. The show's creators have deliberately tried to bring out Christ's humanity more than many earlier, dramatic depictions (in which Jesus often seems detached and otherworldly). This is helpful in light of the tendency of some faith traditions to veer almost exclusively toward what's called high Christology, that is, a view that emphasizes the exalted nature of Jesus as presented in Scripture. While we must hold firmly to Christ's divine identity, we must also embrace what the word reveals about his humanity: “Therefore he had to be made like his brothers in every respect, so that he might become a merciful and faithful high priest in the service of God, to make propitiation for the sins of the people.” (Hebrews 2:17) If we truly believe that Jesus was fully human, “The Chosen” should inspire us to explore (and worshipfully appreciate) what that would have looked like in first-century Israel.

Third, “The Chosen” stirs us by drawing out the emotional implications of these biblical stories. The Gospels often describe the emotional impact of an encounter with Jesus (cf. Matthew 8:27; Mark 14:72; Luke 5:26; 7:38; 19:6). But dramatizations of these encounters have a unique way of driving home that impact, and thus, deepening our appreciation of the biblical accounts. While there have been other dramatic depictions that have done this extremely well, “The Chosen” uniquely benefits from the backstories it tells; that is, inasmuch as the show helps us remember these biblical characters were real people in real-life settings, it deepens our exploration of the feelings they might have experienced.

Now with that being said, let me also offer some suggestions if you do decide to watch. All of these suggestions are simply reminders about the importance of God's word, the Scriptures. For example...

Remember that “The Chosen” is simply an interpretation of the Gospels. The show's creators have made it abundantly clear that their goal is not to add to God's word in any way, but (as was noted earlier) “to support the truth and intention of the Scriptures”. But any dramatization of Scripture requires an interpretation of what's being depicted. Even if an actor is simply repeating the words of Jesus, there are decisions being made about tone of voice, words emphasized, demeanor, eye contact with those listening, etc.. And those questions simply multiply as the situations being depicted become more complex and interconnected. Beyond depictions of specific, biblical accounts, we know those speculative, artistic additions to the story are also shaped by interpretations of how Jesus might have acted or what he might have said in any given scenario. And both categories (i.e., biblical depictions and artistic additions) will invariably reflect the cultural lens through which the artist looks (including a creator's artistic sensibilities and priorities). So the issue we must consider is not, “Is this someone's interpretation?” (it certainly is), but “Is this interpretation consistent with, does it make the best sense of, the passage in question in its immediate context, and in the broader context of all Scripture?”

That fact should drive us to remember that “The Chosen” should always be carefully compared with God's word. Like the Jews in Berea who tested Paul's preaching by going back to the Scriptures themselves (Acts 17:11), viewers of “The Chosen” should go back to the Gospels and consider the accuracy of the show's depictions. For example, if viewers of Episode 8 (Season 1) went back to John 4 and compared the show's depiction of Jesus' conversation with the Samaritan woman to the inspired account, they would discover a fairly faithful interpretation of the text (along with some grounded, historical speculation). But if they did the same thing with the depiction presented one episode earlier, they would discover that greater liberties were taken with the show's depiction of John 3:1-21, to the extent that “The Chosen” actually distorts that passage in some concerning ways. For the most part, the show does a good job with its biblical depictions. Nonetheless, there are still enough interpretative and artistic missteps throughout to remind us why it's so important to follow the Bereans' example. In the same way, conversations or situations that have been artistically added should also drive us back to God's word, asking, “Is this consistent with the teaching and character of Jesus as revealed in the inspired Gospel accounts?”

Finally, remember that “The Chosen” should highlight, not detract from, the sufficiency of God's word. It's important to keep in mind that the very best aspects of a show like “The Chosen” (or any biblical dramatization, for that matter) simply do what good teaching and preaching, what careful and prayerful reading/study, have always done: help us connect powerfully with the truth of God's word. Undoubtedly, the show's creators want to glorify their scriptural source material. They understand that any real power in “The Chosen” ultimately comes from the powerful truths authoritatively revealed in God's word. But modern viewers may not be as discerning. Shaped by our media-saturated world, some may believe that a show like “The Chosen” is far more emotionally engaging and relevant than mere words on a page. And that assessment may lead some to choose viewing over reading, or watching a screen over listening to a faithful teacher. Subsequently, some may begin to confuse what God has inspired with the ideas of television writers, conflating biblical accounts with artistic additions. This is precisely why viewers should be anchored in God's word, and/or engaged in biblically-informed dialogue with discerning partners. While a program like “The Chosen” can be a helpful resource, we don't need it like we do God's word. By God's grace, excitement about a show like this should translate into a growing zeal for the word; for we follow, not the Jesus of “The Chosen”, but the Jesus revealed in Scripture. They are not the same, for Scripture alone “is breathed out by God and profitable for teaching, for reproof, for correction, and for training in righteousness, that the man of God may be complete, equipped for every good work.” (II Timothy 3:16–17); these alone are “the sacred writings, which are able to make you wise for salvation through faith in Christ Jesus.” (II Timothy 3:15) If we are truly those chosen by God (Ephesians 1:4), above all things, let us hold firmly to what God himself has revealed. Only when we do this will we get the most out of creative efforts like “The Chosen”.