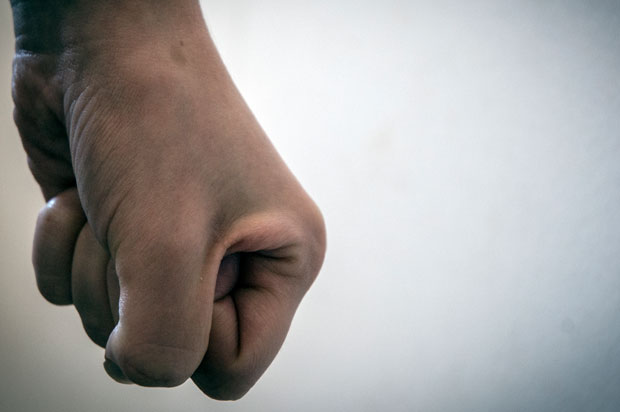 Our message this past Sunday from I John (“Keeping His Commands”) highlighted language the Apostle John used in 3:4-9 to describe those not “born of God”; those who have neither “seen him [nor] know him”. John described them as those who make “a practice of sinning” (vs. 4, 8, 9) and “keep on sinning” (vs. 5, 9).

Since even genuine Christians continue to sin after being “born of God”, John's language helps us clarify what he means when talking about people who confess Christ with their mouths, but whose lives deny him (cf. Titus 1:16).

While not addressing I John 3, Pastor John Piper's comments on Hebrews 10 can help us with this concept of making “a practice of sinning”, or as the author of Hebrews puts it, “sinning deliberately”. Piper writes...

The key verse that [the questioner's] referring to goes like this: “For if we go on sinning deliberately after receiving the knowledge of the truth, there no longer remains a sacrifice for sins” (Hebrews 10:26). In other words, we’re beyond salvation.

Now, two observations about this phrase “go on sinning deliberately” are really important.

First, the word deliberately translates the Greek ekousios. This word is used in 1 Peter 5:2 like this: “Shepherd the flock of God that is among you, exercising oversight, not under compulsion, but willingly [ekousios].” Willingly — here is the same word that we translate as deliberately in Hebrews 10:26.

Now, what this usage shows (and the reason I cite it) is that there are two different kinds of willing, aren’t there? One is eager and wholehearted, and the other is under compulsion.

This text, Hebrews 10:26, is saying something more than that the sin which destroys the soul is an act of the will. Of course, it is, but it’s more than that. All sins are acts of the will, and not all sins destroy. It’s a more intentional, eager, wholehearted act of the will. An act which shows there isn’t a real identity of spiritual newness inside, which acts as a constraint holding back the will, at least in part.

In other words, it’s not a single act, it’s not a few acts, it’s not periodic acts. It’s rather a settled, persistent continuation in sin. What destroys the soul, what puts it beyond forgiveness in verse 26, is not sin per se, but an eager, deliberate, willing, persistent, settled pattern of sin.

This disposition is not consistent with the new life that Jesus makes possible and which the Holy Spirit brings to those who truly repent and believe the gospel. As Piper expressed it, “[sinning deliberately] shows there isn’t a real identity of spiritual newness inside, which acts as a constraint holding back the will, at least in part.”

May God give you this discernment, that “you may know that you have eternal life” (I John 5:13), or if “sinning deliberately”, acknowledge that you desperately need it.