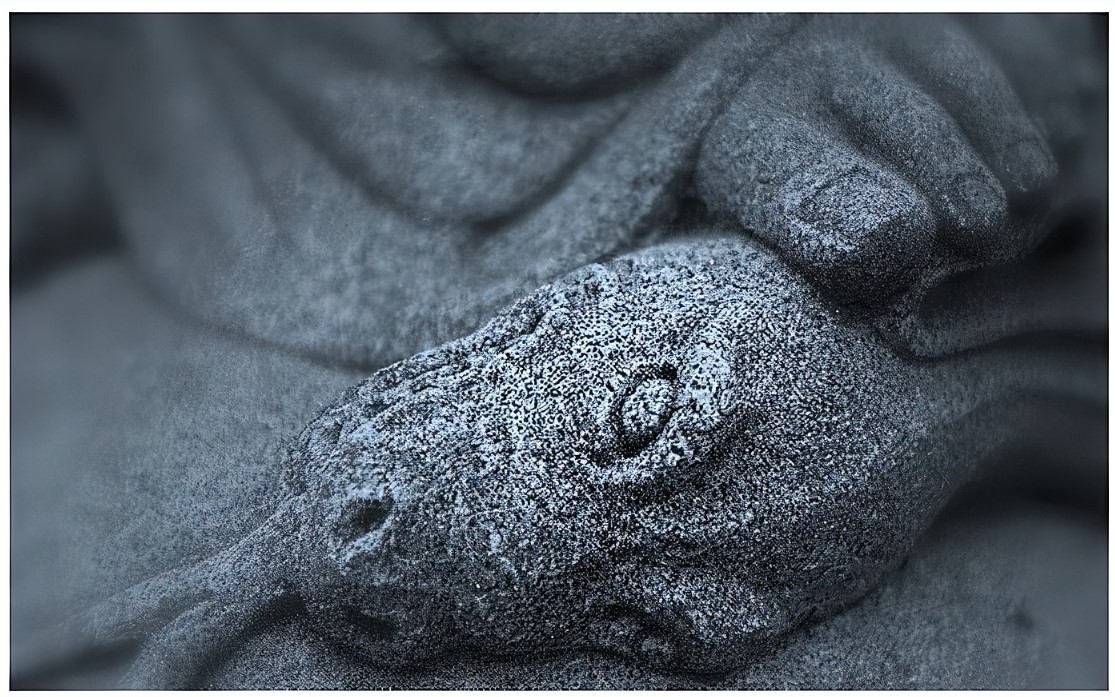 It's often called the protoevangelium. That's a Greek word that simply means “first gospel”. What is this 'first gospel'? It's an interpretation of Genesis 3:15 that argues this verse is ultimately speaking of Jesus and his victory over death and Satan. Here's the verse in question (from the ESV):

Those who believe this verse is the Bible's first reference to God's redemptive plan in Christ would argue that 1) the serpent being addressed here is the devil, thus 2) the “enmity” (i.e., hostility, hatred) mentioned is a description of the eons-long clash between godly and demonic agendas. But they also find in this verse reassurance that 3) the “offspring” or 'seed of the woman' (i.e., Jesus) will crush (or break) the head of the snake (again, Satan), even though this seed himself will also be crushed (or broken or bruised) by his serpentine enemy (an allusion to Christ's death and resurrection).

While such an interpretation might seem initially to make sense of the language here, there are a number of serious problems with this approach:

1. Genesis does not identify the serpent as Satan. Though craftier than the others, in the context, the serpent is described as one more “beast of the field that the LORD God had made.” (3:1)(cf. v. 14a) His ability to talk is striking, but like fruit that bestows immortality (3:22), this unusual characteristic simply isn't explained by the text. Moreover, though it may be surprising to some, there is in fact no passage in either the Old Testament (OT) or New Testament (NT) that clearly identifies this serpent as the devil or Satan. It's often suggested that Revelation 12:9 provides that confirmation, but the title “ancient serpent” in that verse appears to be more of a synonym than an explanation of the dragon's true identity (notice how the “dragon” is simply called “the serpent” in verse 15 of that chapter). His identity is clearly revealed after the phrase “who is called” (i.e., “...the devil and Satan). Use of the adjective “ancient” in Revelation 12:9 and 20:2 is more likely a reference to Isaiah 27:1, where both “serpent” and “dragon” refer to Leviathan, a mythical creature used (as in Revelation) to represent frightening powers set in opposition to God's people. This is a fitting image for one elsewhere called “the ruler of this world” (John 12:31) and “the god of this world” (II Corinthians 4:4), one who “has been sinning from the beginning” (I John 3:8).*

2. The context of the curse is the natural world/order. Genesis 3:15 is simply one of several curses announced by God in 3:14-19. These curses first fall on the deceptive serpent and simply describe realities about snakes that humans (then and now) understand well: 1) snakes slither on their bellies, on the ground ('eating dust', a Hebrew expression for defeat and humiliation—cf. Psalm 72:9; Micah 7:17), and 2) people (the “offspring” of the woman) and snakes (the “offspring” of the serpent) do not usually make good neighbors. Snakes can and do strike us when walking (“heel”), which leads to people crushing a snake's “head” when it's dangerously close. The other curses found in this section include a woman's pain in childbirth (3:16), strife between the genders (3:16), and man's struggle in growing and gathering food (since the ground will bring forth “thorns and thistles”)(3:17-19). The clear emphasis in this 'curse context' is how the doubt and disobedience of our first parents led to disharmony with one another and the natural world.

3. Scripture does not offer any clear confirmation of this 'first gospel' interpretation. The NT is filled with verses that confirm messianic 'pictures' and prophecies from the Hebrew Bible. For example, there are multiple NT confirmations of the messianic meaning of Isaiah 53 (cf. Acts 8:30-35; I Peter 2:22-25). With these proofs in mind, if we search the NT for confirmation of a 'first gospel', we find at least two options that lead us to Genesis, but not chapter 3. The first is I Peter 3:18-22, where Christ and baptism are connected with Noah's deliverance through the ark (Genesis 6-8). The second, revealed by the Apostle Paul, is even clearer: “And the Scripture, foreseeing that God would justify the Gentiles by faith, preached the gospel beforehand to Abraham, saying, 'In you shall all the nations be blessed.'” (Galatians 3:8, referencing Genesis 12:3) The closest the NT comes to the language of Genesis 3:15 is found in Romans 16:20 where we read: “The God of peace will soon crush Satan under your feet.” But notice this is not a reference to Satan being crushed under the Messiah's foot, but rather the readers' feet. In light of Romans 16:17-18, this reassurance seems to be a reference to God's imminent judgment on false teachers in that local church. But what about the language used? Being “under” the feet of another certainly is an OT expression for conquest or subjugation (cf. II Samuel 22:39; Psalm 47:3). But Paul seems to have another passage in mind. Jesus told his disciples in Luke 10:19, “Behold, I have given you authority to tread on serpents and scorpions, and over all the power of the enemy, and nothing shall hurt you.” Since the verses before and after Luke 10:19 mention “demons” (v. 17), “Satan” (v. 18), and “spirits” (v. 20), the idea of “tread[ing] on serpents and scorpions” here may also be understood as symbols of demonic activity and hostility.

So is Genesis 3:15 really talking about Jesus? Based on the evidence, I don't believe so. But if other Christians do see a reference to Jesus there (and many do, including many scholars), does the disagreement really matter? Again, I don't believe so. Whether there is or is not a 'first gospel' contained in Genesis 3:15, the OT contains overwhelming evidence that points to Jesus and the Good News of his victory over sin, death, and Satan. It isn't necessary for us to have a particular verse in the opening chapters of Scripture pointing to God's redemptive plan for us to know that God had a redemptive plan from the very beginning.

The NT does encourage us to consider how the OT points us to Jesus (cf. John 5:39; II Timothy 3:14-15). But we must be very careful about how our desire to 'see' Jesus can tempt us to overlook the human author's intention in a particular verse or passage. For it was God's gracious choice to use human authors long ago to convey his word, the word that wonderfully still points us to Christ today.

* The fact that Scripture does not explicitly identify the serpent of Genesis 3 as Satan does not mean the devil was uninvolved in this fateful episode. II Corinthians 11 may be helpful in regard to this connection. In verse 3, Paul writes, “But I am afraid that as the serpent deceived Eve by his cunning, your thoughts will be led astray from a sincere and pure devotion to Christ.” Notice Paul speaks here about “the serpent”, not the “devil” or “Satan”. It's eleven verses later (v. 14) that Paul points to Satan's deceptive strategies, and identifies certain false teachers (those by whom the Corinthians might be “led astray”) as the devil's “servants” (v. 15). So if Satan has been at work “from the beginning” (John 8:44; I John 3:8), and has been working since then to “deceive the nations” (Revelation 20:3), then it's reasonable to connect the deception and temptation in Eden with Satan's subversive agenda. But again, if this is indeed the case, then God chose not to reveal this satanic influence to the original readers of Genesis. In fact, “Satan” (Hebrew, adversary) does not appear anywhere in the OT text until I Chronicles 21:1, and even there we learn very little about him (broadly speaking, this is also the case in his two other OT appearances--cf. Job 1-2 and Zechariah 3).