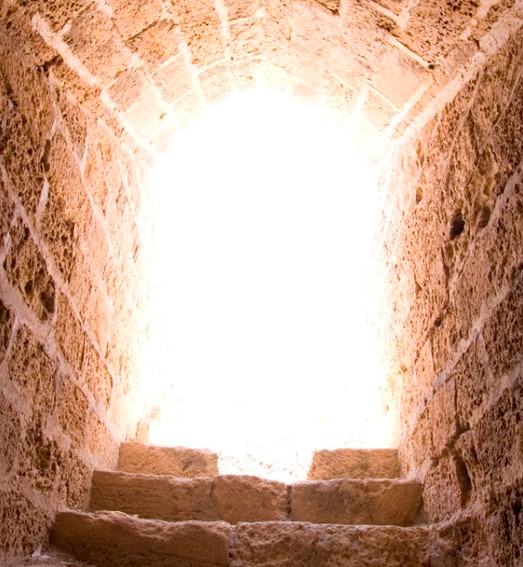 A New Perspective on Your Past, Present, and Future

Imagine you were a struggling adult who was orphaned as a child, but then found out you were actually the grandson of an extremely wealthy and extremely influential businessman, a man who in turn came from a prominent family, a family that could trace its roots back to colonial America. Think about how all of that would reframe your reality. It would affect how you understood not only your present, but also your past and future as well. Your past would undoubtedly become far more significant and celebrated, your present would come with new responsibilities and privileges, and your future would be marked by a new sense of security and optimism. This radical reality couldn't not change things in your life.

But what about the radical reality of Easter? Jesus, who was crucified on a Friday two-thousand years ago, amazingly, rose again, rose to life on the following Sunday. This radical reality should, above everything else, reframe your reality. But has it? Does it? Strangely, many people today who accept Christ's resurrection as an historical reality don't seem to actually live in light of that reality. It's like the adult orphan I mentioned earlier finding out about his true identity and then shrugging it all off as interesting but insignificant.

I think you would agree, the resurrection is anything but insignificant. In fact, it's the most significant event in the history of the world. Two decades after the resurrection of Jesus, a man named Paul wrote to Christians in the city of Rome about how the reality of Christ's resurrection should reframe our reality. Consider three verses that should radically reshape your thinking when it comes to your past, present, and future. These verses come from three successive chapters in Paul's letter to the Romans: chapters 6, 7, and 8.

Here's the first verse, Romans 6:6. Paul writes: We know that our old self was crucified with him in order that the body of sin might be brought to nothing, so that we would no longer be enslaved to sin. Rising to life doesn't make much sense if you are not dead. Easter is astounding because Jesus rose... from the dead! That is, he really was dead. But in this verse, Paul wants his readers to first identify with the death of Jesus. When you trust in Christ, God begins a work in you that itself begins with your death; specifically, the death of your “old self”. If we are to know God, then that old self must die, because it serves sin and self rather than God. But through Jesus' death my old 'sin-serving' self can. I can be set free. So Easter should remind me that my old self is now dead and buried.

The second verse is Romans 7:4. We read there: Likewise, my brothers, you also have died to the law through the body of Christ, so that you may belong to another, to him who has been raised from the dead, in order that we may bear fruit for God. If we have been set free from slavery to sin and self, in order to serve God, then what does that mean in the present? First, it means we now belong to “him who has been raised from the dead”. Not only does that statement remind us about Jesus' resurrection, but it should also remind us that just as we died with Christ, we've also been raised with Christ. Verse 4 of chapter 6 tells us “that, just as Christ was raised from the dead by the glory of the Father, we too... walk in newness of life.” So if the old self is now dead and buried, then Easter should remind me that this new self, is not only alive, but also active in bearing fruit for God. A new life, yes; but a new life lived for God and through God!

Finally, a third verse: Romans 8:11. Paul declares there, If the Spirit of him who raised Jesus from the dead dwells in you, he who raised Christ Jesus from the dead will also give life to your mortal bodies through his Spirit who dwells in you. Though your future can feel clouded by uncertainty and overshadowed by your mortality, God wants you to know that if you belong to Jesus, then just as Jesus rose to life (body, soul, and spirit), you also will rise (body, soul, and spirit). As Paul said in another letter, “...God raised the Lord and will also raise us up by his power.:” [I Corinthians 6:14] So Easter should remind me that a resurrection to life, not death, will define my future.

So think for a moment about how you have framed and regularly do frame your reality, past, present, and future; maybe the ways you're simply tempted to frame things. All of us are tempted to turn to other things, aren't we? A past full of regrets. A present full of hurt. A future full of uncertainty. But as God's word through Paul has revealed, Easter changes everything. Please don't live like Easter is simply an historical footnote. Let it radically reframe your reality. He died and rose again to empower you for exactly that.