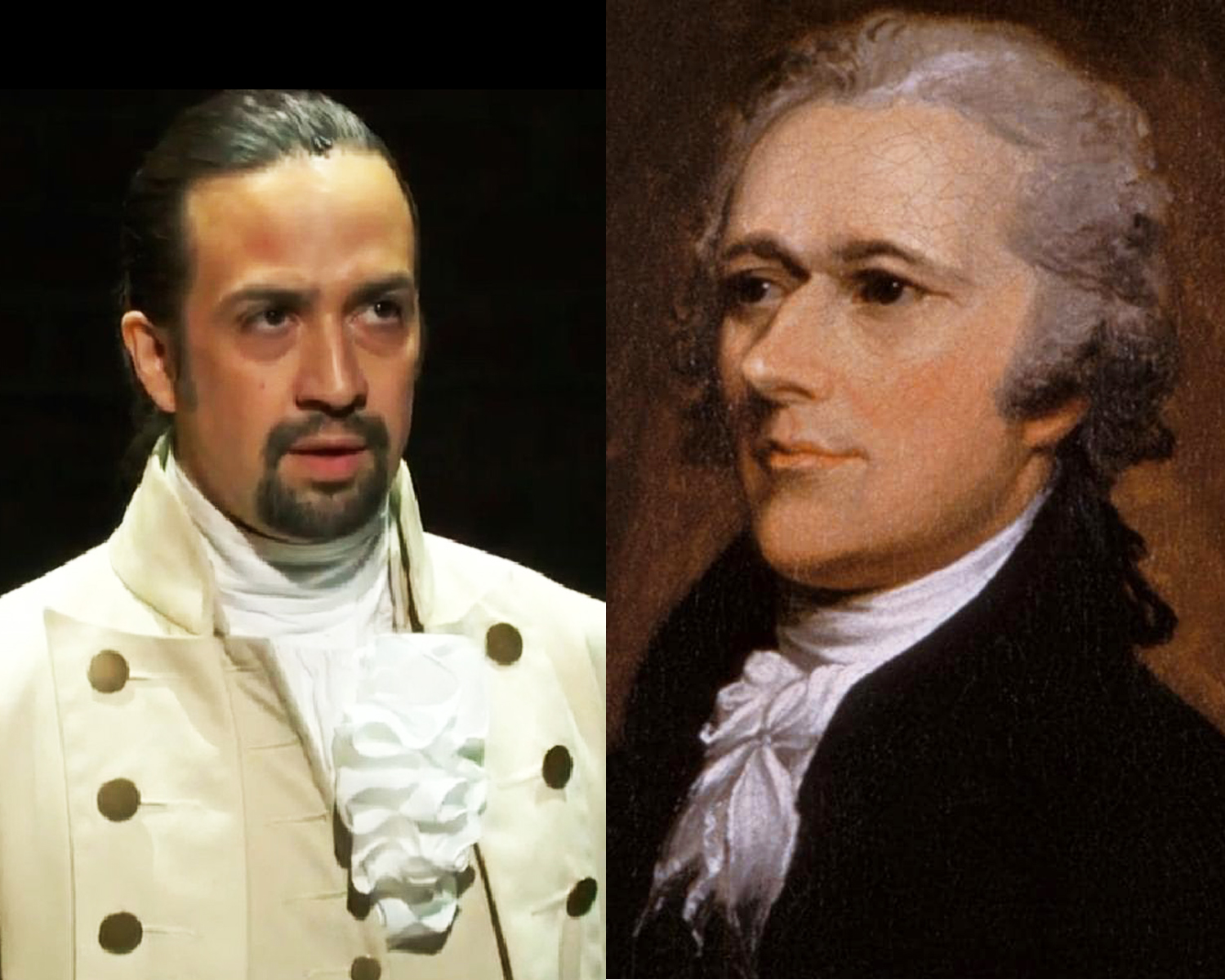 For over five years, Hamilton: An American Musical (simply known as Hamilton by most) has been a Broadway sensation. The musical by Lin-Manuel Miranda has won numerous awards, including eleven Tony Awards and a Pulitzer Prize in 2016. It has also spawned three U.S. touring groups, as well as established productions in Chicago and London.

Faithful fans of Hamilton will certainly know how the play ends. But few people know how the final hours of Alexander Hamilton's life actually 'played out'... yes, “in the room where it happened”. As the musical accurately portrays, Hamilton was critically wounded in a duel with Aaron Burr, the politician and lawyer who served as vice president under Thomas Jefferson. This sad affair took place early in the morning on July 11th, 1804. The injured Hamilton was then taken to New York City, to the home of a confidant, William Bayard. The founding father died the next afternoon.

As he lay dying, Hamilton asked to see another friend, John Mitchell Mason, a local Presbyterian pastor. On July 20th, 1804, a column appeared in the New York Evening Post in which Mason sought to correct a description of their meeting that had been published on the 15th. Mason described the write-up as “a very imperfect account of my conversation with General Hamilton the day previous to his decease”. He therefore felt it was his “duty to lay the following narrative before the public.”

After informing Hamilton that the Lord's Supper (i.e., partaking of bread and wine in remembrance of Christ's sacrifice on the cross) was (in Presbyterian practice) not given “privately”, that is, to an individual (Hamilton had requested it), Mason labored to point Hamilton to the powerful reality behind these symbols.

I pray the following account stirs and sobers each of us, not simply in light of Hamilton's story, but in regard to your own story; even more, in light of Jesus' story; in light of God's incomparable story of redemption [note: I've added verse references in those places where Scripture is cited]:

I then remarked to him “that the holy communion is an exhibition and pledge of mercies which the Son of God has purchased: that the absence of the sign does not exclude from the mercy signified; which were accessible to him by faith in their gracious author.”

A short pause ensued. I resumed the discourse, by observing that “I had nothing to address to him in his affliction but that same gospel of the grace of God [Acts 20:24] which it is my office to preach to the most obscure and illiterate: that in the sight of God all men on a level as all have sinned and come short of his glory [Romans 3:23]; and that they must apply to him for pardon of life, as sinners, whose only refuge is his grace reigning by righteousness through our Lord Jesus Christ [Romans 5:21].

I then adverted to “the infinite merit of the Redeemer, as the propitiation for sin [I John 2:2; 4:10], the sole ground of our acceptance with God; the sole channel of his favor to us; and cited the following passages of the scripture, There's no other name given under Heaven among men whereby we must be saved but the name of Jesus [Acts 4:12]- he is able to save them to the uttermost to come unto God by him, seeing he ever liveth to make intercession for them [Hebrews 7:25] - the blood of Jesus Christ cleanseth us from all sin [I John 1:7].

This last passage introduced the affair of the duel, on which I reminded the General that he was not to be instructed as to its moral aspect; that “the precious blood of Christ [I Peter 1:19] was as effectual and as necessary to wash away the transgression which involved him in suffering, as any other transgression; and that he must there, and there alone, seek peace for his conscience, and a hope that should not make him ashamed.” [Romans 5:5]

He assented with strong emotion, to these representations, and declared his abhorrence of the whole transaction. “It was always,” added he “against my principles. I used every expedient to avoid the interview: but I have found, for some time past, that my life must be exposed to that man. I went to the field determined not to take his life.” He repeated his disavowal of all intention “to hurt Mr Burr,” the anguish of his mind in recollecting what had passed, “and his humble hope for forgiveness from his God."

I recurred to the topic of the divine compassions; the freedom of pardon in the Redeemer Jesus, to perishing sinners. “That grace my dear General, which brings salvation is rich, rich...”

“Yes,” interrupted he, it is rich grace.”

And on that grace,” continued I, “a sinner has the highest encouragement to repose his confidence, because it is tendered to him upon the surest foundation; the scripture testifying that we have redemption through the blood of Jesus, the forgiveness of sins according to the riches of his grace.” [Ephesians 1:7]

Here the General, letting go my hand which he had held from the moment I sat down by his bedside, clasped his hands together, and, looking up toward heaven, said with emphasis “I have a tender reliance on the mercy of the Almighty through the merits of the Lord Jesus Christ.” He replaced his hand in mine, and, appearing somewhat spent, closed his eyes.

A little after, he fastened them on me, and I proceeded; “the simple truth of the gospel, my dear sir, which require no abstruse investigation, but faith in the veracity of God who cannot lie, are best suited to your present condition, and they are full of consolation.”

I then repeated these texts of scripture. It is a faithful saying, and worthy of all acceptation, that Christ Jesus came into the world to save sinners, [of whom I am] the chief [I Timothy 1:15]--I even I, am he that blotteth out thy transgressions for my own sake, and will not remember thy sins [Isaiah 43:25]--Come now, and let us reason together, saith the Lord; though your sins be as scarlet, they shall be white as snow; though they be red like crimson, they shall be as wool. [Isaiah 1:18]

“Shall I pray with you?”

I prayed with him, and heard him whisper as I went along which I supposed to be his concurrence with the petitions. At the conclusion he said “Amen, God grant it.”

...I mentioned once more the importance of renouncing every other dependence for the eternal world but the mercy of God in Christ Jesus; with particular reference to the catastrophe of the morning.

The General was affected, and said, “Let us not pursue the subject any further--it agitates me.”

He laid his hand upon his breast, with symptoms of an easiness which indicated increased difficulty of speaking. I then took my leave. He pressed my hand affectionately and desired to see me again at a proper interval.

As I was retiring, he lifted up his hands at the attitude of prayer, and said, feebly, “God be merciful to...” His voice sunk so that I heard not the rest distinctly, but understood him to quote the words of the publican in the Gospel, and to end the sentence with, “...me, a sinner.” [Luke 18:13]

I saw him, a second time, on the morning of Thursday; but, from his appearance, and what I had heard, supposing he could not speak without severe effort, I had no conversation with him. I prayed, for a moment, at his bedside, and, for the rest was one of the mourning spectators of his composure and dignity in suffering. His mind remained in its former state; and he viewed, with calmness, his approaching dissolution. I left him between twelve and one, and at two, as the public know, he breathed his last.

I am, Sir, with much respect, your obedient servant,

[You can find a copy of the original newspaper column here.]

What a beautiful account of Mr. Alexander's deathbed visit with this faithful pastor. And how expertly, eloquently and lovingly Mr. Mason shared the gospel. Thank you for sharing this "rest of the story".