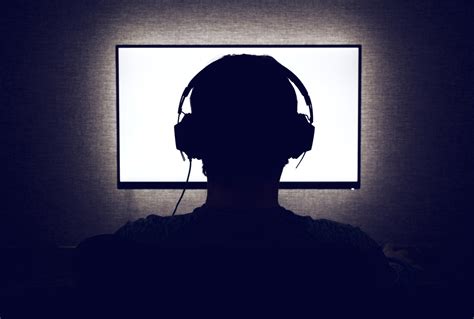 First, making room in your heart and mind for lust trains you to prefer fantasy over reality; lies over the truth. Relationships are not always easy. Unlike so many things in our society, real love is not 'on-demand'. What's more, life can be incredibly stressful. It's not surprising then that so many people are looking to escape from the 'heaviness' of reality. Getting lost in lust is just one way we try to escape. But the more we turn inward, the harder it will be to live outwardly in a healthy way.

Second, making room in your heart for lust feeds your me-centeredness. As a child I was regularly (and rightly) told, “the world doesn't revolve around you”. My parents saw the ways my innate, self-grasping, self-exalting heart manifested itself. Though I don't throw temper tantrums anymore, I still wrestle with the same kind of self-focused orientation. The meaning of sex is tethered to our biology. Biology teaches us that sex is about connecting with another human being of the opposite gender. But when sexual desires drive me inside myself, it only deepens the deception that my personal wants should always come first.

A third danger of lust is that it distorts my perception of others. It reduces people to sexual objects; to just bodies and body parts. It ignores the image of God in them. It flattens fully formed people. It misses their inner beauty. It minimizes their hopes and dreams. It robs them of their identity as a daughter or son, as a sister or brother, as a husband or wife. It is indifferent to that person's unique gifts, experiences, and voice. Instead, lust demands that person to serve my own agenda. The other is eclipsed by the self.

The British writer C.S. Lewis poignantly and powerfully brings these first three points together when he writes...

For me the real evil of [lust] would be that it takes an appetite which, in lawful use [i.e., in marriage], leads the individual out of himself to complete (and correct) his own personality in that of another (and finally in children and even grandchildren) and turns it back: sends the man back into the prison of himself, there to keep a harem of imaginary brides. And this harem, once admitted, works against his ever getting out and really uniting with a real woman. For the harem is always accessible, always subservient, calls for no sacrifices or adjustments, and can be endowed with erotic and psychological attractions which no real woman can rival. Among those shadowy brides he is always adored, always the perfect lover: no demand is made on his unselfishness, no mortification ever imposed on his vanity. In the end, they become merely the medium through which he increasingly adores himself... (from a letter sent in 1956 to Keith Masson)

In light of those ideas, fourth, think for a moment about the damage these inner realities can have on our outer relationships (including our marriages, and appraisals of marriage). If I continue to feed that desire to prefer fantasy over reality, if I turn more and more inward, strengthening that me-centered instinct, if I persist in thinking about people as just sexual objects, what kind of toll will that take on my life with others? Instead of asking healthy questions like, “What can I give in this relationship?”, the man or woman lost in lust is asking, “What can I get from this relationship?”. Instead of bearing with the weaknesses of others, such a person grows more frustrated and more bitter that others are not 'how I want them to be'. This is certainly not the soil in which healthy relationships flourish. Far from it. These perspectives and practices are, in fact, poisonous to the healthy relationships we all desire.

In light of these four points, it's no wonder Jesus warned us about lust: “You have heard that it was said, ‘You shall not commit adultery.’ But I say to you that everyone who looks at a woman with lustful intent has already committed adultery with her in his heart.” (Matthew 5:27, 28) Jesus knew the destructive power of misdirected sexual desire. He also knew the kind of judgment that awaited the lust-corrupted heart, and the cost required to regularly restrain and retrain it (Matthew 5:29, 30).

But thank God the Jesus who condemns my lust-corrupted heart is the same Jesus who was condemned for my lust-corrupted heart. On the cross, he took my condemnation; He took upon himself the hell I deserve in order to give me an eternity I don't deserve, an eternity in his presence; in the Father's presence (cf. Matthew 20:28; 26:28). Today, won't you turn to his love, and not to your lust, to find rest for your restless heart?