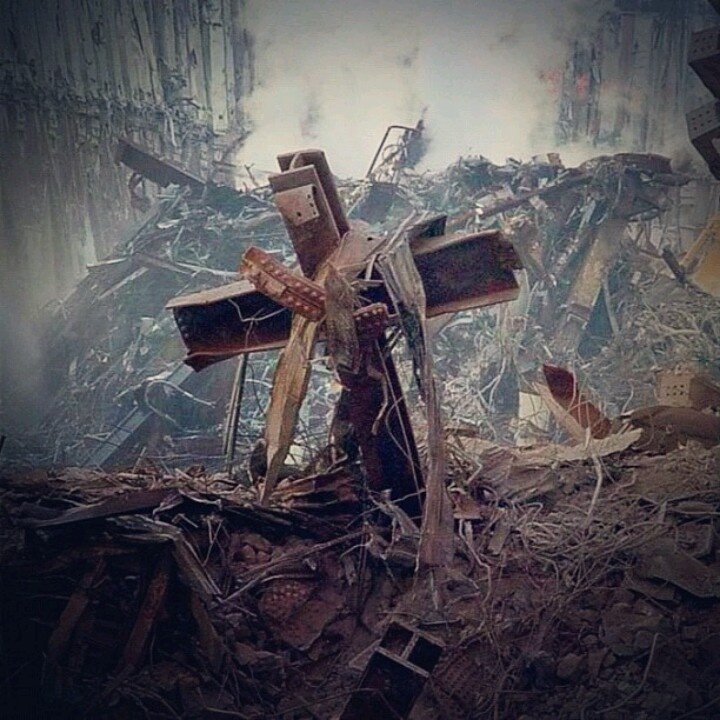 Important Reflections as We Remember

As we mark the twentieth anniversary of the 9/11 attacks, many people will undoubtedly be reflecting on the significance of what happened two decades ago and how it should shape our outlook today. While historians, security analysts, and those who focus on foreign affairs have had and will have a lot to discuss, it's just as important to reflect on the spiritual significance of those tragic events. While God has not spoken to us directly about that day, amazingly, he has spoken. And what He's revealed in the Old and New Testaments has bearing on momentous events like these. For example, in light of what God has revealed in Scripture, it's fair to say that...

1. The 9/11 attacks remind us that spiritual beliefs have real-world consequences. Many imagine spiritual beliefs to be simply private beliefs, therefore, beliefs we 'check at the door' when entering the public square. But the 9/11 hijackers took their beliefs about God right into the cockpit, and thousands died as a result. Is this a direct indictment of Islam? Not necessarily. We know violent acts have been committed by religious zealots for millennia, even in the name of Christ. But the terrorist attacks on September 11, 2001 are a sobering reminder that our spiritual beliefs are more than a private matter; that what we believe about ultimate reality really does affect the world around us. Yes, we hope that effect is positive. And yet a larger point remains: not all religious, spiritual, and philosophical belief systems are true. 9/11 reminds us that some are poisonously false. A belief system may contain truth, but still be ultimately false.

The question for each of us is, “When it comes to these worldviews, do I know what is true and what is false? And if I do, how do I know? God's word in Scripture reminds us that, even when there's no literal rubble or burning wreckage, our belief system can still be destructive. Jesus himself warned against “blind guides”, for “if the blind lead the blind, both will fall into a pit." (Matthew 15:14) Similarly, Paul reminded his readers about this ultimate deception, that “the wrath of God is revealed from heaven... because [human beings] exchanged the truth about God for a lie and worshiped and served the creature rather than the Creator...” (Romans 1:18, 25). For this reason, returning to our main example, the ultimate deterrent against radical Islam is not increased military pressure or economic opportunity for the disillusioned (as helpful as such things can be). It is spiritual truth overcoming spiritual deception. As Jesus famously said, “you will know the truth, and the truth will set you free." (John 8:32)

2. The 9/11 attacks call us to an ultimate confidence in God rather than mankind. Even though the currency traded by many in the World Trade Center carried the motto, “In God We Trust”, there had to be a temptation by scores who died that day to place their ultimate confidence in the systems of men rather than the sovereignty of God. We can say this, not in light of any one person who was injured or killed that day, but in light of human nature. Our massive skyscrapers, our global, financial institutions, our fire-suppression systems, our national intelligence agencies, etc., are astounding achievements. But too often, such achievements lull us into an almost transcendent sense of security, a mindset in which we wrongly believe we are ultimately in control because of human ingenuity and innovation. But towers can fall and planes can crash. They did on September 11. What seemed so solid was shaken. The point is not to leave all of us paralyzed by fear in light of what might happen. The goal of such reflection is to look for our ultimate well-being, not in what we've made, but in the One who made us. As the reassured psalmist exclaimed, “God is our refuge and strength, a very present help in trouble. Therefore we will not fear...”, for “the God of Jacob is our fortress.” (Psalm 46:1-2, 7) The psalm goes on to describe how God is in control (v. 9), and because he is, we can “Be still, and know that [he is] God.” (v. 10) Do you know this to be true? How many of us today, twenty years later, continue to look to science or our savings, to politicians or progress, instead of God for our ultimate security?

3. The 9/11 attacks are just one more reminder that we are not guaranteed a tomorrow. In all likelihood, the almost three thousand people who died on September 11, 2001 did not go to work or board a plane with any sense that day would be their last. But it was. You may feel the same confidence about your today, even as you read these words. But while the vast majority us will not die in a newsworthy, history-making event, the end of our earthly existence could come just as suddenly; just as unexpectedly. Again, the aim of this observation is not to scare, but to sober. God calls us to be clear-headed about the fragility of our lives and living our lives well in light of their unknown 'expiration date'. We read in the psalms, “So teach us to number our days that we may get a heart of wisdom.” (Psalm 90:12) As we watch or read about a 9/11 memorial, we should keep in mind King Solomon's advice, “It is better to go to the house of mourning than to go to the house of feasting, for this is the end of all mankind, and the living will lay it to heart.” (Ecclesiastes 7:2) Will you “lay it to heart” this September 11? How about on September 12? The wonderful news is that our Creator is calling us to be honest about death so we might accept the truth about life. As the Apostle Paul explained, “the wages of sin is death, but the free gift of God is eternal life in Christ Jesus our Lord.” (Romans 6:23) Just as a 20-foot 'cross' of metal girders was discovered and preserved from the rubble of the World Trade Center, God invites us to look through that twenty-year-old tragedy and see the suffering and death of Jesus twenty centuries ago. Why the cross? His death was the death we deserved. We live because that death secured our forgiveness and makes reconciliation possible with the God who gives life. This September 11, as you remember and honor those who died, please remember and turn to the One who is life:

Jesus said to her, "I am the resurrection and the life. Whoever believes in me, though he die, yet shall he live, and everyone who lives and believes in me shall never die. Do you believe this?" (John 11:25-26)