Joseph on Resisting Temptation (Genesis 39:6b-18)

Many today hear words like sinful and tempting, and think first about food; about eating certain items or dishes that are often labeled 'guilty pleasures'. But if when you hear those words, you think about glorifying God, about straying from the path, about living like Jesus and not the world, then I have a great story for you this morning. Turn over to Genesis chapter 39.

I won't go deeper into the context at this point, but if you've been reading through Our Bible Reading Plan, then you know what events lead up to this story. It's enough to point out that this story takes place in Egypt and involves Joseph, who is the second youngest son of Jacob, the son of Isaac, the son of Abraham. Joseph has not only become a slave in the household of an Egyptian official named Potiphar, but he's also been entrusted with oversight of that entire household. With that in mind, let's start at the last phrase of verse 6. We're told...

While this sounds like something from a popular telenovela or 'soap opera', this is God's holy word, isn't it? And since it is, we need to stop and ask, “Why did God include this story in his word? Why did he preserve it down through the centuries for his people to read, including us?” Well, when we think about this account in light of the larger context here, the clearest answers are these: first, God wanted to tell us something about Joseph's moral courage (his righteousness), and second, he wanted to move Joseph from Potiphar's home to an Egyptian prison; the very place where Joseph would meet two of Pharaoh's servants.

But if we zoom in on that first reason, I think what we find here is an incredibly instructive story about resisting temptation. And that should matter to us. If you are a follower of Jesus, a student of Christ, a servant of the King of Kings, then Jesus himself has taught you to pray, “And lead us not into temptation, but deliver us from the evil one.” (Matthew 6:13) That's not a prayer asking that we never face temptation. It's a prayer that we would escape from the power of temptation; or to put it another way, a prayer to resist temptation.

When temptation arises, Joseph responds with the truth. Did you notice how his response to Potiphar's wife (in verses 8-9) is constructed? He doesn't simply say, “No, thank you” to Potiphar's wife. He explains why her invitation is immoral. It begins with his commitment to Potiphar and ends with his commitment to God. Though “you shall not commit adultery” is still hundreds of years away in terms of the Ten Commandments, Joseph recognizes how her invitation is “wickedness” and “sin” against both his earthly master and his heavenly master. His word are a clear rebuke to her lustful designs.

Would you say that you know which actions and attitudes, which behaviors and motives, honor and dishonor God? If you do, then like Joseph, have agreed with God's verdict that such things are “sin”, that such things are “wickedness”, and not just failures, mistakes, struggles, and 'poor choices'? Similarly, like Joseph, have you also considered how sinful choices dishonor and hurt other people as well?

To borrow language from this story, “day after day” you and I are also hearing that voice of temptation. But is it your desire to rebuke such enticements, as Joseph did?

Joseph doesn't flirt with this temptation, does he? No. He flees! We read in verse 12 that he runs as fast as he can away from that compromising situation. If we described Joseph's day in and day out experience as constantly being bombarded by temptation, then in verse 11-12 we could say Joseph was gripped by temptation... literally. We read that Potiphar's wife grabbed him by his garment. But please don't miss Joseph's mindset here. The degree to which he fears God, the degree to which he loves God, the degree to which he seeks to honor God is evident from his willingness to run away naked, rather than being sinfully unclothed. He would rather be disgraced before others than defiled before God.

Consider two other maybes grounded in Scripture: maybe Joseph also ran in order to avoid even the appearance of evil. He's not going to stay and tussle with Potiphar's wife. That scene would create its own problems. Second, maybe Joseph also ran because he didn't want the situation to exploit his weakness as a sinner. He could have stayed and continued rebuking her as he had before. But why give sin the opportunity to wear him down?

2 Timothy 2:22 Paul offers this Joseph-like exhortation to us as believers:

So flee youthful passions and pursue righteousness, faith, love, and peace, along with those who call on the Lord from a pure heart. (2 Timothy 2:22)

I think we want to believe that Joseph's resistance to temptation, that his moral courage, that his righteous response to an unrighteous woman, would result in some kind of victory and vindication. For example, what if this situation was witnessed by another servant who told Potiphar? What if his wife was subsequently found out and chastised in some way? What if Joseph was then honored for his integrity? But that isn't what happens, is it? Joseph's resistance to these temptations has not made his life easier, but harder; much harder. As verse 19 through the end of the chapter describe, Joseph moves from being a slave to being a prisoner. He is falsely accused and the lies told by Potiphar's wife seem to have won the day.

So how did he endure this unjust outcome? How did Joseph keep looking up when it looked as if God had let him down? Though the text doesn't tell us this, how could he not have reflected on how God was at work in his life? Why would I suggest that? Because the beginning and end of this chapter make it crystal clear that God was at work. Look at these bookends: verses 2 and 3, along with verses 21 and 23 tell us that in the midst of his captivity, whether as a slave or prisoner, “Yahweh was with Joseph”. And this was obvious to everyone because (v. 3) “Yahweh caused all that [Joseph] did to succeed in his hands.” And that's repeated at the end of verse 23. For this reason, according to verses 4 and 21, Joseph found favor with his masters, and wherever he found himself, he was (as we see in verses 4 and 22) put in charge of everything.

If everyone else saw how God had blessed Joseph, you can be sure that Joseph also recognized this fact. And that leads us to what is by far the most important piece of the puzzle when it comes to resisting temptation. Standing firm (or righteously fleeing!) when temptation's voice beckons is far less about employing certain strategies in the moment. Instead, such a response ultimately flows from how we are reflecting in all those non-temptation times.

Oh, how abundant is your goodness, which you have stored up for those who fear you and worked for those who take refuge in you, in the sight of the children of mankind! (Psalm 31:19)

God's goodness was at work in amazing ways in Joseph's life, even when by so many metrics, it looked as if bad was the only appropriate label. A slave? Untrustworthy? A sexual predator? A prisoner? But as David declared, “how abundant is your goodness [O Yahweh]”. Whatever Joseph was feeling when he endured the anger of Potiphar and was delivered to the prison, it wasn't long before he witnessed the powerful goodness of God at work in and through him; the same goodness that was so clear when he was first betrayed by his own brothers, then sold as a slave in a foreign country. Why was reflecting on this goodness so important in terms of resisting temptation? Because when you regularly focus on the abundant goodness of a great God, the allure of sin simply cannot compare. Potiphar's wife could never give Joseph anything like the blessings he already had from the God of his fathers.

III. From Potiphar's Wife to Joseph

And that idea should speak powerfully to us this morning, right? Of all people, shouldn't we have the clearest and most passionate testimonies when it comes to the goodness of God? Consider the bookends of your life. Reflect even now on God's abundant goodness. How has His good-ness been evident in your story; all the places where you could say, “And YHWH was with me”? Now think about how that goodness of God will also be yours in future blessings, according to his promises? If you have experienced, are experiencing, and will experience the incomparable goodness of God, then how could sin tempt you with anything better? Yes, we may struggle to see it because of metrics and labels based on earthly values. But in spite of your hardships (or... in the midst of your hardships) your life is overflowing with God's incomparable goodness.

We give thanks this morning (and at all times) because a righteous descendant of Abraham unjustly suffered at the hands of foreign authorities; and yet, his suffering was part of God's much larger plan, a plan to rescue many. That's both the story of Joseph, and the story of Jesus. So what is this story doing? It's pointing us back to the gospel story. But remember everything the gospel reveals. If Jesus is like Joseph, then in all honesty, we are like Potiphar's wife, aren't we? Titus 3 captures this beautifully: “For we ourselves were once foolish, disobedient, led astray, slaves to various passions and pleasures, passing our days in malice and envy, hated by others and hating one another. But when the goodness and loving kindness of God our Savior appeared, he saved us...” (vs. 3-5a)

If we're talking about resisting temptation, then it's absolutely critical that we celebrate the truth this morning that Jesus Christ resisted temptation like no other; and because he could, he could present himself to His Father as the spotless Lamb... for us. Only through faith in Christ, through his death and resurrection, can you and I know the fullest blessing of God's goodness. Only through Jesus can a person who lives like Potiphar's wife become someone who lives like Joseph; someone who doesn't live to tempt others, but to resist temptation and, like Jesus, help those who are tempted. If you want, if you need that kind of change, will you look to God in faith this morning? And if you know that change, please continue reflecting on God's goodness. Don't miss the unmistakable evidence of his goodness to you because of Jesus, even in the midst of the hardships. When the voice of temptation whispers to you, may the ever-present sound of the waterfall of God's abundant blessings drown it out. Amen? Amen. Let's pray to that end. 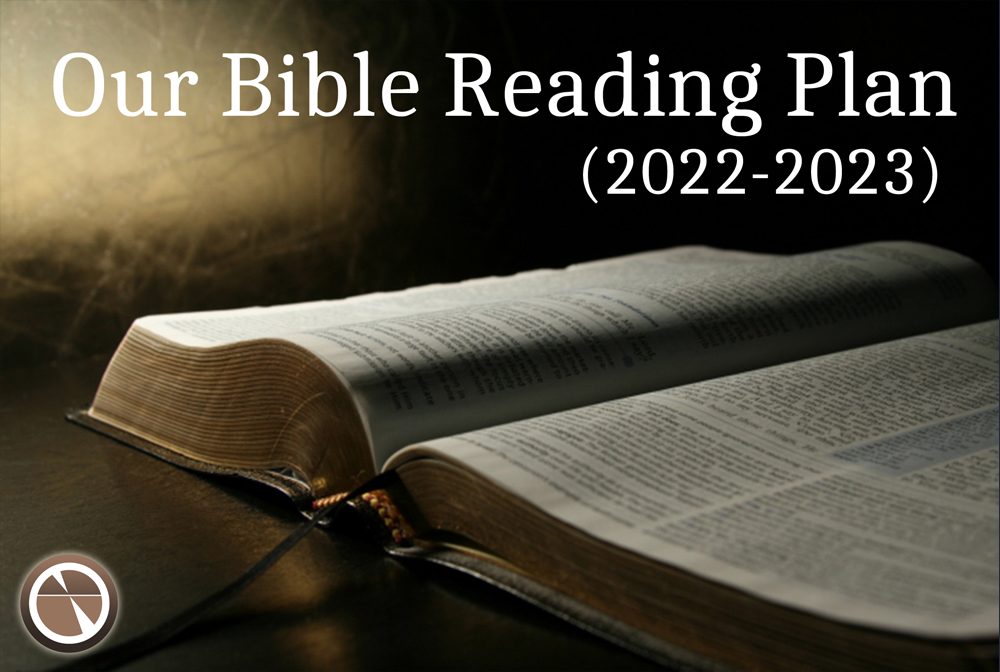