I. Purpose in the Particulars

As we continue our study in the Gospel of John, it's always good to revisit the clear purpose statement that the author provided for his readers almost 2000 years ago. We find that purpose statement in John 20:30-31. Why did John write this Gospel? He tells us...

Now Jesus did many other signs in the presence of the disciples, which are not written in this book; [31] but these are written so that you may believe that Jesus is the Christ, the Son of God, and that by believing you may have life in his name.

Why is a statement like this so important? Well, one reason is that it helps us consider every part of the book as we take a closer look at any given passage. We should ask, “How does this passage in particular help John accomplish his purpose in presenting Jesus?” So let's keep that purpose statement in mind as we return to our study of John's Gospel.

You may recall that Jesus, unlike his half-brothers, chose not to go up to Jerusalem in any public way for the Feast of Booths. Instead he went up later and privately. But his private pilgrimage to the feast lead to public teaching in the Temple courts. Verses 14-24 of this chapter described how Jesus was interacting with both the crowds who'd come for the feast, and some of the Jewish leaders. So with the scene set, let's pick up the story in verse 25...

Some of the people of Jerusalem therefore said, “Is not this the man whom they seek to kill? [26] And here he is, speaking openly, and they say nothing to him! Can it be that the authorities really know that this is the Christ? [27] But we know where this man comes from, and when the Christ appears, no one will know where he comes from.”

[30] So they [?] were seeking to arrest him, but no one laid a hand on him, because his hour had not yet come. [31] Yet many of the people believed in him. They said, “When the Christ appears, will he do more signs than this man has done?” [32] The Pharisees heard the crowd muttering these things about him, and the chief priests and Pharisees sent officers to arrest him.

Now I want you to notice two rather obvious realities in this scene. First, notice...

1. The Uncertainty of the Jews

Aside from a portion of the people who “believed in him” according to verse 31, most of those listening to and interacting with Jesus here seem thoroughly confused. Those who know something of the leadership's plot to kill Jesus are uncertain about why they are still allowing him to teach publicly. In light of their failure to act, these people are also uncertain about what these leaders really believe about Jesus. Might they now believe he is the Messiah?

So in addition to some of the leaders apparently being uncertain about how to handle Jesus, in verse 33, we also read that some of the leaders are uncertain about where Jesus is going. They are clearly confused about what he's telling them. If we drop down to verses 40 and 41 of this chapter, we also find this same confusion and uncertainty about the identity of Jesus. We read...

When they heard these words, some of the people said, “This really is the Prophet.” [41] Others said, “This is the Christ.” But some said, “Is the Christ to come from Galilee?

Even the Temple police “officers” (who were dispatched in verse 32) are uncertain about their orders to arrest Jesus. That's obvious in verse 45 of this chapter: The officers then came to the chief priests and Pharisees, who said to them, “Why did you not bring him?”

It's obvious here that John wants us to see the widespread confusion and uncertainty of the Jewish people and Jewish leaders regarding Jesus. Though the signs Jesus is performing are powerful and should be persuasive, most remain unconvinced. As verse 43 concludes... So there was a division among the people over him. Why highlight this uncertainty? Because John is setting the stage for the cross. But this uncertainty also wonderfully underscores, second...

2. The Certainty of Jesus

This passage is composed of five sections that alternate between his Jewish listeners and the words of Jesus himself. His first statement is a response to the Jews who said, “We know this guy!” Remember verse 42 of the previous chapter? They said, “Is not this Jesus, the son of Joseph, whose father and mother we know?” In verse 28, Jesus concedes their point, but corrects their arrogance: “You know me, and you know where I come from. But I have not come of my own accord. He who sent me is true, and him you do not know. I know him, for I come from him, and he sent me.”

Do you hear the certainty dripping from these words. Throughout this passage and throughout this Gospel, John wants to make it crystal clear that there is no confusion or hesitation or speculation with Jesus. There is only certainty. The second statement from Jesus is found in verses 33 and 34. This is where Jesus speaks to the question of timing. How can the leaders allow him to teach? When will they arrest him?

Jesus makes it abundantly clear that he has in charge of the timeline, not the Jewish authorities. Look again at verses 33 and 34... Jesus then said, “I will be with you a little longer, and then I am going to him who sent me. [34] You will seek me and you will not find me. Where I am you cannot come.”

Again, such absolute certainty. Even the Gospel writer communicates this same certainty in verse 30: So they were seeking to arrest him, but no one laid a hand on him, because his hour had not yet come. The Apostle John understood what Jesus understood: our certainty rests on His sovereignty (i.e., God's in charge!). The question was not “What do the Jewish leaders have in store for Jesus?” The ultimate question was, “What has God decreed for Jesus?” If John is setting the stage here for the cross, then he wants to stress what Peter would later announce to crowds at another Jewish festival: “...this Jesus, delivered up according to the definite plan and foreknowledge of God, you crucified and killed by the hands of lawless men.” (Acts 2:23)

The certainty of Jesus exemplified here was not lost on all his listeners. Remember those Temple police officers? Look at the whole exchange in verses 45 and 46: The officers then came to the chief priests and Pharisees, who said to them, “Why did you not bring him?” [46] The officers answered, “No one ever spoke like this man!”

Now let's be clear. Anyone can speak with an air of certainty, but still be full of baloney. We find an example of that very thing here in verse 27. Some in the crowd said, “But we know where this man comes from, and when the Christ appears, no one will know where he comes from.” They sound pretty certain, don't they? Well notice the correction given in verse 42 of this same chapter... “Has not the Scripture said that the Christ comes from the offspring of David, and comes from Bethlehem, the village where David was?” Duh. Yes.

So Jesus was not only certain, he was certainly correct. He was certainly divine. Again, what would John want us to know about why we can trust the certainty of Jesus? Chapter 5 tells us: because three things testify clearly to the identity of Jesus: the Scriptures, the seal of approval spoken by God the Father to John the Baptist, and the powerful, miraculous signs themselves. Remember John's purpose statement?

Brothers and sisters, friends, does the certainty of Jesus inspire certainty in you?

III. That About Which You are Most Certain

Think about this: how you live your life, the patterns of your everyday, your defaults, who you are when no one is looking, those are an expression of that about which you are most certain.

And so, if we are to live our lives faithfully and fully for the glory of God, we should seek to be certain as Jesus was certain. Remember the opening words of Luke's Gospel? He tells his reader that it seemed good to me... to write an orderly account for you, most excellent Theo-philus, that you may have certainty concerning the things you have been taught. (Luke 1:3-4)

In the same way, John also wrote letters to the believers in Asia Minor to inspire this same kind of certainty: I write these things to you who believe in the name of the Son of God, that you may know that you have eternal life. (I John 5:13) But at the same time, the Scriptures also remind us that uncertainty is no stranger to the Christian life.

For example, Jesus, in speaking about his second coming, said “...concerning that day or that hour, no one knows, not even the angels..., nor the Son, but only the Father.” (Mark 13:32) As Jesus reemphasized for his disicples in Acts 1:7... “It is not for you to know times or seasons that the Father has fixed by his own authority.” Can we be certain that Jesus will return? Yes, through faith in God's word. Can we be certain about when Jesus will return? No. Paul made it clear that “we know in part and we prophesy in part”; that “now we see in a mirror dimly” (I Corinthians 13:9, 12). Since that's true, there will be many things about which you and I will be uncertain. When it comes to following Jesus, uncertainty is par for the course.

If that's you (and surely that's all of us at some point), then how might God want to encourage you this morning? I believe we've already touched on that. First, He wants your certainty to rest on his sovereignty (remember, that simply means God's in charge). You may not know how things will go, or what this or that means, but oftentimes, it's enough that God knows. He knows everything. Even more than that, he's in control. Certainty simply means trusting that God will accomplish his perfect plan.

Why is the certainty of Jesus so important? Because it not only encourages us to have confidence in His words, but also confidence in his work... his work on the cross for stubborn sinners like us. Jesus Christ was not an unsure Savior. He was a certain Savior. He didn't give his life hoping it would help. He sacrificed himself certain of the outcome, our deliverance.

How often are we tossed and tempted by our uncertainties? And how often are we sinfully certain of our own wisdom and power and plans? Uncertainty can swallow sinners like us, and our so-called certainty can deceive us. These are simply reminders, aren't they; reminders of how much we need Jesus and his certainty. It's through Him, and only through him, that we can know the certainty that God's word wants to cultivate in us; certainty through the Spirit that Jesus gives; certainty of that faith which is according to Ephesians 2:8, “the gift of God”.

Let's talk to God this morning about our uncertainties in light of the certainty of Jesus. And may God help us grow in that certainty, so that others may be persuaded by the testimony of our lives, as we share the testimony about Jesus. Amen? Amen! Spend a minute talking to God about what's shown us this morning. 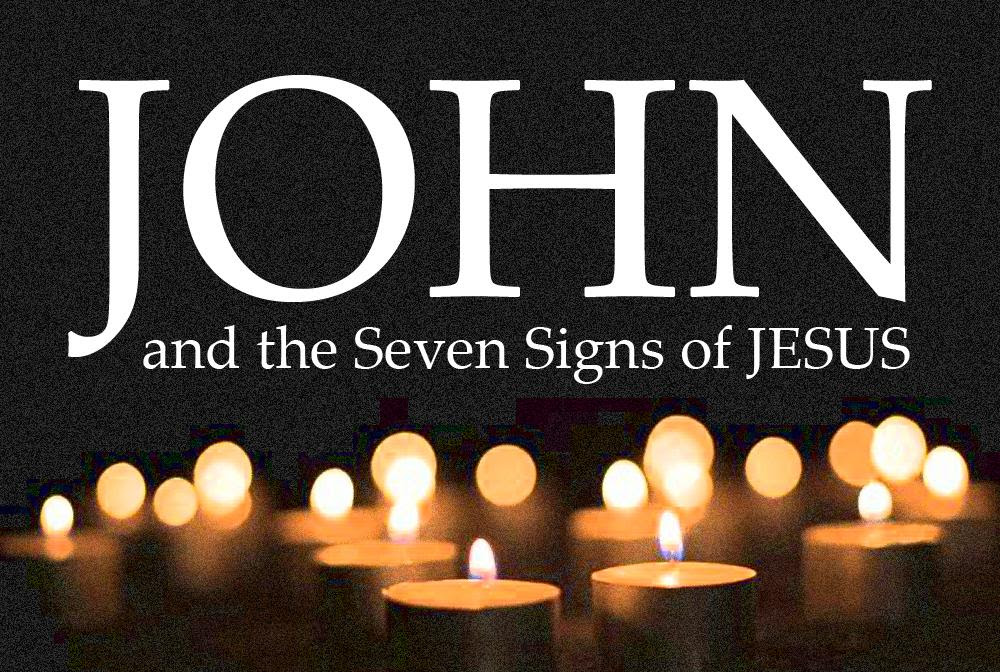