I. Culture of the Self

Consider for a moment what the following 'buzzwords' tell us about our modern culture:

Now, a list like that, and the growing popularity of so many of these terms, seem to confirm an ever-deepening fascination with this idea of “self”. But why this fascination? Could it be we believe that answers to life's most important, but often most difficult questions, are to be found in here, not out there?

When it comes to self-image, most of us are like Imagineers; you know, those Disney designers who help create the rides and décor and layout of their theme parks. Like them, all of us construct an image of ourselves. Sometimes our desires design that image. Sometimes pain provides the building blocks. In many cases, the opinions of others tempt us to alter the blueprints. Whatever the mix, the question is not which of us has, to some extent, 'imagineered' our self-image. The question is, how close or how far from reality is our self-conception?

You may find it surprising that the opening words of the Institutes, an almost 500-year old, massive work of theology by the French pastor and theologian John Calvin, touch on this very same idea. This is what Calvin writes...

Even though the Apostle Paul did not plant this church, and even though he's never visited, he is both grateful for and concerned about the spiritual health of the faith family in Colossae, a city in SW Asia Minor (where the country of Turkey is today). This is what Paul writes in 3:9, 10...

Do not lie to one another, seeing that you have put off the old self with its practices [10] and have put on the new self, which is being renewed in knowledge after the image of its creator.

For the next three Sundays, these verses will be our base camp, our anchor, our road map, our North Star when it comes to understanding the self in light of what God has revealed. Let's break these verses down a bit and first think about how they reveal to us...

You probably noticed there are two very explicit references to the self in these verses. Paul refers first to the “old self” in verse 9. In verse 10, we also read about the “new self”. Now, in the original Greek language, the word Paul uses here is anthropos, literally “man”; thus, he speaks of the “old man” and the “new man”. But the context makes it clear that Paul is speaking about a person's essential and unique identity here. So the word “self” fits, as would the word “person”. Or we could translate these phrases as the “old you” and the “new you”.

No matter the translation, we will see in the coming weeks that these concepts represent two important pillars of self-knowledge. But there is also a third pillar here, although it is harder to spot. It's there in verse 10. Do you see it? When the Apostle talks about how the “new self” is “being renewed in knowledge after the image of its creator”, there is a clear allusion there to the very first chapter of the Hebrew Bible, specifically to Genesis 1:27. That verse states...

...God created man in his own image, in the image of God he created him; male and female he created them.

Unlike the renewal of the “self” described in Colossians 3:10, Genesis 1:27 describes the original creation of the self. And please notice this: both verses describe how the image of the self is directly connected to the image of the Creator. We were made, and are re-made, in His image. Why is this is so important? Because any journey of self-discovery that only looks within, and not up, will never discover the reason the self exists at all.

Do you know what a Faberge egg is? Made in 19th century Imperial Russia, these hand-crafted, highly unique, jewel-encrusted eggs are, for many, the epitome of priceless treasure. There were around 65 created, of which, only 57 have survived to this day. The last time a Faberge egg was purchased privately, it is rumored to have sold for $33 million.

But can you imagine if a Faberge egg wanted to understand itself, but only examined its construction: it's jewels, its paint, its internal parts, its size, its weight, etc. Undoubtedly, it would learn about many of the things that make it unique, as well, many of the things that make it similar to other Faberge eggs. But if this was the extent of its knowledge, consider how much would be missing.

For one of these eggs to not know anything about the artist who conceived of and crafted it, to not know anything about the occasions for which each egg was commissioned, it would represent a gaping hole in terms of significance. It reminds me of a saying that has been popular at times on social media. Though not completely accurate, I appreciate its point. It goes something like this: The two most important days of your life are the day you were born and the day you find out why. Friends, only the God who made us can reveal that “why”. And that leads us back to Genesis 1:27 and to...

It shouldn't come as a surprise, but our most accurate self-image should first line up with the image in which the self was created. Make sense? And remember what Genesis 1:27 revealed, the very verse Paul alluded to in Colossians 3:10. Genesis 1 reveals that God made human beings, “male and female”, “in his own image”. But what exactly does that mean? Does it mean God has two eyes, two ears, and ten toes. Nope. So what does it mean?

Well, less than three years ago, I preached on Genesis 1:27 (you can find that message, entitled “In His Image”, on our website). Let me share with you, in summary fashion, the four points I detail in that message, that is, four aspects of what it means to be made in God's image:

Being made in God's images points first to our distinctiveness. Genesis 1 makes it clear that we are very different from the living creatures fashioned before us. As I said in that earlier message:

Though your grandpa may look like a chimp when he scratches his head, and your tiny dog looks adorable with her Christmas sweater, there is a very real gulf between us and the animal kingdom. And that distinctiveness is fully derived from the fact you and I have been made in God's image.

Second, God's image is seen through our duality. Though some today want to revise this reality, God created us as male and female. That means God is reflected in us through both genuinely masculine and feminine characteristics.

Fourth, God's image in us remind us of our dignity. How could we not have immense value if we are made in the image of the One who is to be treasured above all things? Let's unpack that more in a final point. This idea of the imago dei, “the image of God”, should lead us to...

Let me read two more verses on this topic. One from the Old Testament, one from the New...

[Genesis 9:6]... "Whoever sheds the blood of man, by man shall his blood be shed, for God made man in his own image.”

[James 3:9]... With [the tongue] we bless our Lord and Father, and with it we curse people who are made in the likeness of God.

I simply want you to see how those two verses confirm for us the fact that even after the Garden of Eden, even after the disobedience of our first parents, in spite of the fact we are now, apart from grace, God-haters, we still bear His image; all of us... no exceptions. And the inestimable value of that image, the unrivaled of dignity of human beings, is evident from the two verses I just shared, both of which warn us about defacing that image, through either cursing or killing.

III. Who Starts with What

Yes, you are human. But in light of God's word, the word “human” should be synonymous with the idea of being image-bearers of God. Ultimately, that's what it means to be human. That's a foundational truth for Paul in Colossians 3:9, 10. He knew the Hebrew Scriptures. He under-stood Genesis 1. That's exactly why he used language in v.10 that points us back to Genesis 1.

Again, the point is this: understanding what you are is vital to understanding who you are. And understanding who you are matters. To differing degrees at different times, all of us are on a journey of self-discovery. Oftentimes, like surfaces that give off sparks when they collide, it is something hard that fuels this journey, that causes us to assess our worth; that challenges our self-image. Hard times. Hard words. Hard feelings.

This is when we experience the temptations of being 'self-Imagineers'. Whether we use bricks we designed, or bricks we were given (even though, many times, we did not ask for them), all of us are constructing or shoring up our self-image. The problem is, as sinners separated from God, we have cut ourselves off from the source of all truth, especially our 'origin story'. And where does that leave us as 'self-Imagineers'? In a 'fantasyland' of self-deception.

Brothers and sisters, friends, just as this idea of image-bearer stands underneath Paul's words in Colossians 3:10, it should also be the foundation for your self-image. The fact that it so often isn't simply reminds of the sad and sobering reality of (v. 9) the “old self”. Sin has discolored, degraded, dirtied our ability to reflect God's glory. That's why as image-bearers, we need an image-restorer.

Do you remember how Jesus is described in Colossians 1:15 (first line of opening reading)? It says, “He is the image of the invisible God”. Thank God that he came for us; that he gave himself for 'self-Imagineers' like us. As we will see in the coming weeks, only Jesus Christ can save and restore the self. Let's thanks God, in light of Jesus, for this reminder and restoration. 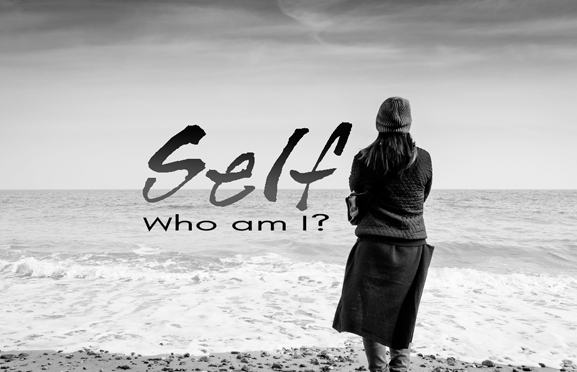