Guess what I had for breakfast this morning. Go ahead. If you said toast with peanut butter, you'd be right. But my toast wasn't just any bread. It was extra grainy seventeen grains and seeds bread. Mmmm!

Now, if seventeen grains and seeds is not your speed, that bread maker also makes extra grainy flax and sesame seed bread, as well as extra grainy cracked wheat and oats. Wow! Talk about options. Remember when your choices at the store were white and wheat, and maybe sourdough. Grains have made a resurgence, especially products made from whole grains.

This morning, God wants to talk to us about a whole grain goodness that goes far beyond the most nutritious breakfast cereal. Let's turn to Leviticus 2 and see what God has for us this week from this strange, but spectacular book.

If you were with us for our first two studies in the book of Leviticus, you may remember that this book was revealed in order to help the Israelites live a life with God in their midst. How could a holy God dwell in the midst of an unholy people? By following God's teaching about sin, sacrifice, and sanctification.

As we learned last time, a life with God in the midst is first a life of sacrifice. That's what we discover in the first seven chapters of the book. Leviticus begins with instructions about what is called the “burnt offering”. But we learn about a different kind of offering in Leviticus 2.

Look with me at verses 1-3 of Leviticus 2. These are the instructions God gave Moses...

“When anyone brings a grain offering as an offering to the LORD, his offering shall be of fine flour. He shall pour oil on it and put frankincense on it [2] and bring it to Aaron's sons the priests. And he shall take from it a handful of the fine flour and oil, with all of its frankincense, and the priest shall burn this as its memorial portion on the altar, a food offering with a pleasing aroma to the LORD. [3] But the rest of the grain offering shall be for Aaron and his sons; it is a most holy part of the LORD's food offerings.

Now right away, we are presented with a very different kind of offering, in contrast with chp. 1.

The word translated “grain offering” does not actually include the word “grain”. It is a Hebrew word that can be translated as “offering” or “tribute” or “gift”. In this context, it's called the “grain offering” because that's exactly what is being offered up. Specifically, God's instructions are to bring fine flour. This was a more valuable commodity, and its value as an offering is increased as both oil and frankincense were offered up with it.

Like the animal sacrifices, these offerings truly were, in most cases, financial sacrifices for the people.

Now as we see here, only a portion of this offering is actually burned on the altar. This part is called “its memorial portion” in verse 2. We'll talk more about that in a few minutes. But notice where the rest of the offering goes: to the priests. This was one of the ways in which the people provided for the priests. We'll learn more about that as we move deeper into the book.

Now let's skip down to verse 11. We'll skip over verses 4-10. Those verses simply describe the different ways this offering could be presented. The grain offering could be oven-baked, griddle-baked, or pan-fried. The ritual with these is the same as we just saw in verses 1-3, with the exception of frankincense not being offered.

So if verses 1-10 provided instructions about the preparation and presentation of this offering, these verses focus on some restrictions and requirements. In terms of restrictions, we learn that neither leaven (yeast) or honey is to be added to any grain offering, specifically, that they should not be burned on the alter.

The reason is not given for these restrictions, so any suggestion is simply speculation. I think it's reasonable to say there was a symbolic reason for this restriction. Whether it was to distinguish Israel from her neighbors, or that leaven and honey symbolized decay or corruption, we just cant be sure.

I think it makes sense to think in terms of symbols, because the other item mentioned in this passage is highly symbolic. While yeast and honey were to be excluded in the grain offering, salt was always to be included. Why? Because it is (v. 13) “the last of the covenant with your God”. Listened to how the next book in the OT, the book of numbers, describes the symbolism of salt. We read in Numbers 18:19 God's reassurance to Aaron and his descendants...

All the holy contributions that the people of Israel present to the LORD I give to you, and to your sons and daughters with you, as a perpetual due. It is a covenant of salt forever before the LORD for you and for your offspring with you.”

Salt was the most common preservative in the ancient world. It was a symbol of something that lasted. Therefore, it was a fitting symbol for the covenant that God has made with the priests, or with David and his descendants (as we see in II Chronicles 13:5), or with the people of Israel, as we see here in verse 13 (“the covenant with your God”).

But there's one more section in this chapter. Let's look at those final verses, 14-16. We read...

When it comes to grain offerings, there's one more variation in terms of the form of the offering. This form is saved for the end because it was only applicable once a year at the Feast of Firstfruits. During that festival, the grain was not ground into flour or baked into bread. It was offered up as fresh ears, right from the field...crushed new grain.

And just like the fine flour from the beginning of the chapter, we come full circle, as these fresh ears are offered with oil and frankincense. And again, as with every form of the grain offering, only a portion was offered up on the altar.

Okay. As we think about this passage, two questions probably come to mind: first, why in the world did God require the Israelites to bring this kind of offering; what was the point? I think the blood of bulls and lambs makes more sense to us than flour and frankincense. But, second, what in the world does any of this have to do with us. Sure, you might buy whole grain products at the grocery store, but a grain offering? How is that relevant?

Well, I think it's fair to say there are a number of significant things about this offering, all of which have application to us. Two of these I will touch on very briefly, and with the third, we will go a little deeper. So...

First, this grain offering was about God's people honoring God with their daily bread. For the ancient near eastern diet, grain or bread was the staple of staples. That's why the word “bread” was often used as a stand in for all physical sustenance (“Man does not live by bread alone”, “Give us this day our daily bread”). So we have here a regular ritual to teach the people to give back as a way of acknowledging what God has given them.

Aren't we called to do the same today?

Second, as we talked about, this grain offering was a way in which God's people provided for the priests, for those who served them at the altar. The Levites didn't have allotments of land. They didn't farm or raise livestock. They depended on the other tribes to provide for them, as they provided spiritual service on their behalf. This principle is still in effect in the church, as God's people provide for pastor/elders who rule well, and excel at teaching.

But there's a third point; and I think it's an even more important in terms of this specific offering. Last week we talked about how the burnt offering from chapter 1 was the daily sacrifice in Israel, offered up every morning and every evening. Well, listen as Numbers 28 describes this daily ritual...

As we see here, the grain offering, in almost every case, was offered with the burnt offering, and not by itself. And along with these two, there was also a drink offering of wine. And all this was described in Leviticus 1 and 2, and in Numbers 28, as a “food offering”, Yahweh's food offering. Now think about it: meat, bread, and wine...morning and evening. What does that sound like to you? That's a meal, isn't it?

Now at first, it may seem like God was asking the Israelites to feed Him. But even though Israel's neighbors served and thought of their gods like that, in Psalm 50, God dismisses that crude idea. In fact, the whole OT speaks implicitly against that idea. So why then a meal?

It may be that part of God's intent in giving the Israelites these rituals was to provide them with a rich picture of what we could call table fellowship. Just as Abraham prepared meat, and bread, and drink for God when he visited Abraham's tent in Genesis 18, the meat, bread, and drink of the daily offerings may have been a way of welcoming God into their midst; of celebrating His presence among them as the most honored guest.

Remember, the word translated “grain offering” often means tribute, that is, a gift to honor a king or leader. Brothers and sisters, this is true whole grain goodness: through such an offering, honoring the goodness of our giving God!

And just as with the burnt offering from chapter 1, this grain offering is said to produce “a pleasing aroma to YHWH”. God was pleased with this gesture of acknowledgment, gratefulness, and submission, just as He was pleased, as we learned last time, with the smell of justice that came from the death of the sacrificial animal.

But that brings us to that second question: “How is any of these relevant for us today?”

Brothers and sisters, there is still a table at which God and His people meet. Almost 1500 years after the giving of Leviticus, God sat at a table with bread, wine, and a sacrificial lamb. But astonishingly, at that table in the upper room, God was the sacrificial lamb.

On the night before His death, Jesus made sure that the bread and wine once again accompanied the sacrifice. But now, those two elements would point to His sacrifice. In the final offering, the God who dwells among us provided the sacrifice. And as we know from the Gospel of John, Jesus Christ is both the “Lamb of God” and the “bread of life”.

So every time we gather around the Lord's Table, we are remembering the altar where Christ died, AND, we are celebrating the goodness of God, in the presence of God, our most honored guest. And all of it points to a future reality: And people will come from east and west, and from north and south, and recline at table in the kingdom of God. (Luke 13:29)

But again, don't miss the 'right now'. Jesus reminded His church of the amazing reality that is always available to us:

Behold, I stand at the door and knock. If anyone hears my voice and opens the door, I will come in to him and eat with him, and he with me. (Revelation 3:20)

Way of Grace family, remember the goodness of God. Remember, and keep remembering, all that He's given to you. Then, open your heart and eat, enjoying the presence of your God. 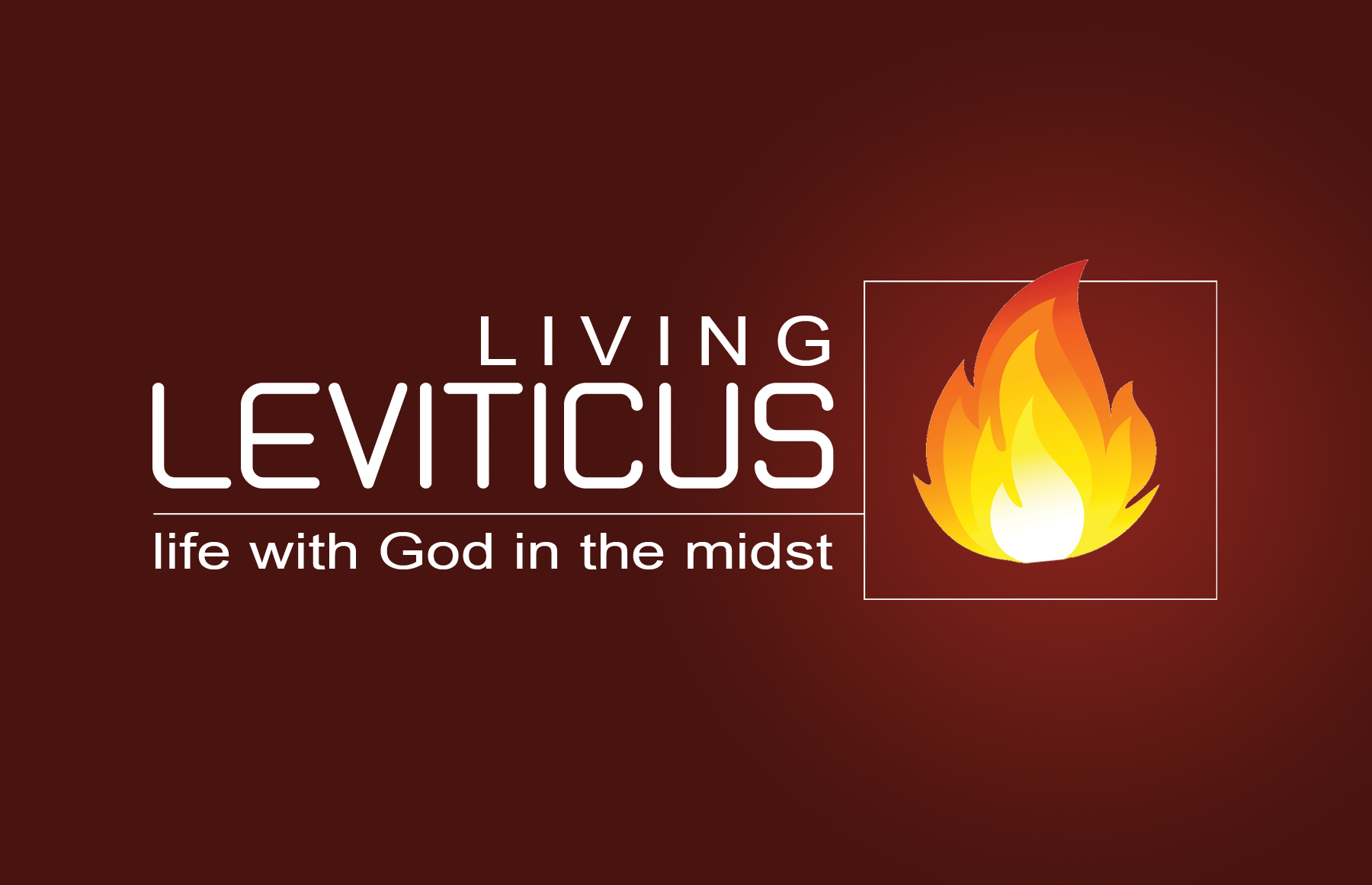