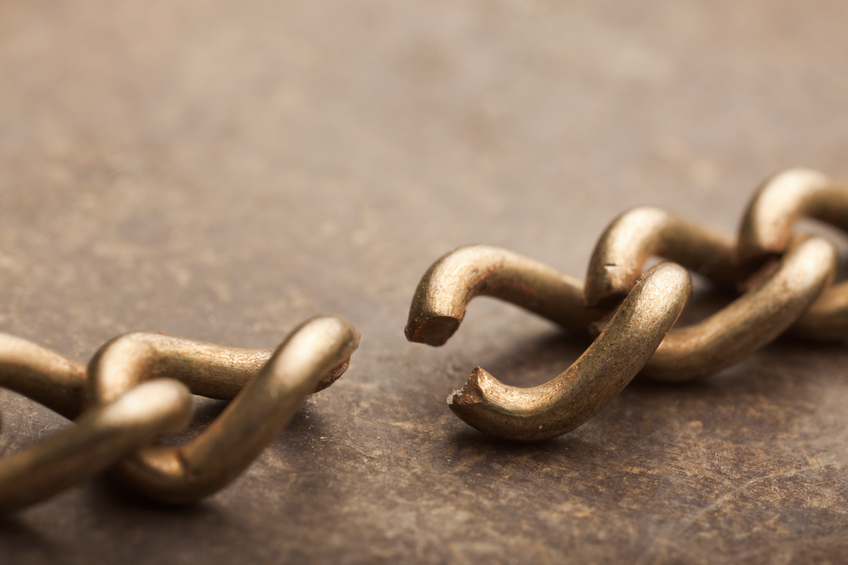 Such a struggle is clear from many New Testament passages, but this isn't one of them.

Will a genuine follower of Christ, one who has truly been “born again” (John 3:3; I Peter 1:3), a person genuinely filled with the Holy Spirit, struggle with sin? The answer from the New Testament is an emphatic “yes”. The Apostle Paul himself made this confession about his pursuit of maturity in Jesus: “Not that I have already obtained this or am already perfect, but I press on to make it my own, because Christ Jesus has made me his own.” (Philippians 3:12) And there are many others passages that speak to the reality of the believer's struggle with sin (cf. Romans 6:12-13; I Corinthians 3:1-3; Colossians 3:5-10; I John 1:8-9)(in fact, the very existence of most of the New Testament assumes that Christians need ongoing moral guidance and correction). But though many want to offer these verses as evidence and use their language, Romans 7:14-25 isn't one of those passages.

At first glance, this passage does seem to describe Paul struggling with sin as a Christian. But when carefully examined within its immediate context, and the broader context of Paul's argument in Romans 1-8, it becomes clear that Paul is speaking about a life apart from God's grace in Christ. My hope is that the following 'Q&A' will help you make sense of why this is the case:

Who is Paul speaking to in this passage? Romans 7:1 makes it clear that the “brothers” Paul is speaking to in this section are fellow Jewish believers, “those who know the law”. There are many passages throughout the book that indicate these Jewish Christians were a key part of his original audience (cf. 2:17-3:9; 4:1)(notably, Paul also refers explicitly to his Gentiles readers in 11:13).

What were the main concerns of the Jewish Christian readers in Rome? Romans includes fifty-eight verses or passages where Paul is posing questions to his original readers, usually to advance his argument. Many of these questions seem to anticipate questions from his Jewish Christian readers. In chapter 1-8, there are a number of questions (3:31; 6:1-2, 15; 7:7, 13) that address how Paul's teachings about faith and grace should be understood in light of the Law of Moses (interestingly, Romans uses the word “law” far more than any other New Testament book, with almost sixty of its seventy-four occurrences referring to the Law of Moses).

What were their concerns about the place of the Law of Moses in the church? It appears many Jewish believers were concerned the Old Testament law was being dismissed as irrelevant, especially by a Jew who called himself “an apostle to the Gentiles” (11:13). For these Jews, neglect of the Law would undoubtedly result in moral confusion and carelessness in the church. Paul is emphatic in his response: “What shall we say then? Are we to continue in sin that grace may abound? By no means! How can we who died to sin still live in it?... What then? Are we to sin because we are not under law but under grace? By no means!” (6:1-2, 15)

What does Paul want them to understand about the Law of Moses? Paul has already made it clear to his readers that “by works of the law no human being will be justified in [God's] sight” (3:20). And yet, at the same times, he does want to affirm that God's law given through Moses is “holy, and the commandment is holy and righteous and good.” (7:12) How is it “good”? One clear way is in how it reveals our spiritual unhealthiness: “What then shall we say? That the law is sin? By no means! Yet if it had not been for the law, I would not have known sin.” (7:7a) Unfortunately, the Law not only defined sin, it also provoked it (7:8-11). Drawing moral lines is important. But for 'line breakers' like us, every line drawn is also a temptation. Paul described this in 7:5 as “our sinful passions [being] aroused by the law”. Can we blame the Law for this? Paul is clear: “Did that which is good, then, bring death to me? By no means! It was sin, producing death in me through what is good...” (7:13).

How does all this relate to Paul's teaching in 7:14-25? This passage seems to be a response to Jewish Christians who were minimizing their sin-provoking, death-producing relationship with the Law. If they agreed with the Law, and even delighted in the Law, how could their relationship with God's law be unhealthy? Paul wants to provide them with a clear picture of how those who are “of the flesh, sold under sin” (7:14), those in whom “nothing good dwells” (7:18), those in whom “sin... dwells” (7:17, 20), are helpless to truly fulfill the law. As Paul expresses it in Romans 7:18, “For I have the desire to do what is right, but not the ability to carry it out.”

Why does Paul speak in the first-person, present tense here? Instead of continuing to speak in the past tense about his own experience (7:7-13), it seems Paul now wants to universalize his point by taking on the role of the 'everyman', or better still, the 'every-Jew' (other examples of Paul shifting into the first-person singular for rhetorical purposes are 3:7 and 10:18-19). Verse 14 sets up the discussion by describing the relationship between the law and the 'every-Jew' in terms of their essential natures: “For we know that the law is spiritual, but I am of the flesh, sold under sin.” Paul is saying, in essence, “If God's law is a spiritual thing, and if I assume the role of a Jew 'sold under sin' – rather than being “under grace” (6:14-15) – then you have to see there's going to be a problem.”

What encouragement does Paul give here to his Jewish Christian readers? Paul wants his fellows Jewish believers to understand that dying to the law through the death of Jesus Christ (6:1-3, 6) is a good thing. Why? Because when they were “in the flesh” (7:5)(cf. “in my flesh” in 7:18), they were unable to truly obey God: “Those who are in the flesh cannot please God.” (8:8) But is their faith in Christ somehow a rejection of the law? Not at all. Paul wrote several chapters earlier, “Do we then overthrow the law by this faith? By no means! On the contrary, we uphold the law.” (3:31) Right after chapter 7, Paul is quick to point out that Jesus came “in the likeness of sinful flesh” and “condemned sin in the flesh”. To what end? “...In order that the righteous requirement of the law might be fulfilled in us, who walk not according to the flesh but according to the Spirit.” With a staggering nineteen references to the Holy Spirit in chapter 8, it becomes clear how God will empower his people for righteous living.

Though the flow of Paul argument in Romans 5-8 can be hard to follow at times, wonderfully, we find in 7:4-6 a perfect summary of or lead-in to the passage we've been considering:

Likewise, my brothers, you also have died to the law through the body of Christ, so that you may belong to another, to him who has been raised from the dead, in order that we may bear fruit for God. [5] For while we were living in the flesh, our sinful passions, aroused by the law, were at work in our members to bear fruit for death. [6] But now we are released from the law, having died to that which held us captive, so that we serve in the new way of the Spirit and not in the old way of the written code.

Why does a right understanding of Romans 7:14-25 matter? Because the goodness and greatness and power of our new position in Christ, by God's grace, through the work of the Spirit, matters immensely, especially as those still struggling with sin's deceitful and destructive influence. A wrong view of this passage can 'muddy the waters' in terms of that perspective, and subsequently cloud our understanding of new life in Christ, an understanding that should regularly inspire the cry of gratefulness we heard proclaimed here: “Thanks be to God through Jesus Christ our Lord!” (7:25a)

*Interested in learning more? This six-part podcast series on SoundCloud does an excellent job tackling this difficult passage.